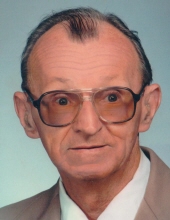 Our Lady of Lourdes

Mr. O’Connell was born March 10, 1929 in Waterbury, the son of the late John and Bridget (Courtney) O’Connell. He was raised and educated in Waterbury and had worked for Scovill/Century Manufacturing as well as the Region 15 School System until his retirement in 1997. He was a New York Yankee and Giant fan and enjoyed driving the Middlebury Fife and Drum to various parades and competitions. He was a Former member of the Middlebury Lyons Club and the Knights of Columbus in Waterbury. He also enjoyed bowling at Sena Lanes and daily visits to Mary’s Dinner in Waterbury.

His family would like to thank the wonderful people in his life, Marlene Whitehouse, Jeff Martinelli, his Region 15 friends, his friends at TD Bank in Waterbury and Middlebury; his friends at Middlebury Fuel (formerly Mobil Fuel), Ralph Carpenella, Ron Sortell, Ed Furis and Mrs. Janet Ford and many other friends.

Mr. O’Connell is survived by his special niece Bridget Regan and her husband Shaun; his special nephew Neil T. Holland of Waterbury; his great niece Katherine Regan; his brother Jeremiah “Jerry” of Watertown; four grandchildren and three great grandchildren; his foster daughter Patricia; his step-son-in-law Frank Lukos and his children; his Foster Daughter Patricia as well as several nieces and nephews. Besides his parents, he is predeceased by his step-daughter Rita Lukos; his brother Lawrence; his sisters Katherine Collins and Mary Holland; his brother-in-law Connie Collins; and his sisters-in-law Diane and Betty O’Connell.
His family would like to thank the staff of VNA Hospice Hartford Healthcare for their recent care and Dr. Stephen R. Rubenstein and his staff for their care over the years.

Arrangements – A Mass of Christian Burial will be held on Saturday August 10, 2019 at 10 am at Our Lady of Lourdes, South Main St., Waterbury. Burial will follow in Calvary Cemetery. Visitation will be held on Friday from 6 to 8 pm at the Alderson-Ford Funeral Home of Naugatuck, 201 Meadow St. Memorial contributions may be made to the Office of Television and Radio, 15 Peach Orchard Road, Prospect, CT 06712-1052.
To order memorial trees or send flowers to the family in memory of John P. O'Connell, please visit our flower store.

Our Lady of Lourdes