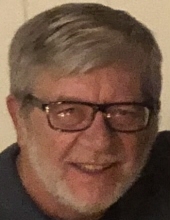 John was born April 24, 1949, in Waterbury, the son of the late William and Josephine (Nash) Dowling. He was a lifelong Naugatuck resident and worked as a Social Worker for many years for the State of Connecticut.

John was a huge UCONN women’s basketball fan, and an avid ﬁsherman. He also dabbled in horse racing. He was enthralled with Irish history and would often tell us what books we should read or what shows we should watch, so we would stay informed about Ireland. But ﬁrst and foremost, he loved family and family get-togethers. His gifts were always unique. He was not much into wrapping and would just bring them in the bags they came in. He loved and cared for all his nephews and nieces and would talk about them to anyone who would listen. Without a doubt, John was their favorite uncle. He was one of the most sincere and generous individuals you could ever meet. We truly miss him.

Arrangements – A Mass of Christian Burial will be held on Wednesday, April 13, 2022, at 11:00 AM at St. Francis of Assisi Church, 318 Church St., Naugatuck. Friends are asked to meet directly at church. Burial will be held at the convenience of the family and there are no calling hours. The Alderson-Ford Funeral Home of Naugatuck is assisting with arrangements. In lieu of ﬂowers memorial contributions may be made to the Shriner’s Hospital for Children, 516 Carew St., Springfield, MA 01104-2396.

To order memorial trees or send flowers to the family in memory of John P. Dowling, please visit our flower store.