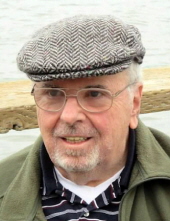 CHESHIRE - John “Jack” Burr Buckman, III, age 79, died peacefully in Cheshire, CT on Friday, February 12, 2021, surrounded by his loving family. Born in the Bronx on June 3, 1941 to the late John Burr Jr. and Dolores Ullery Buckman, Jack was a proud graduate of Fordham Preparatory School (’59) and Fordham University School of Pharmacy (’63). It was at Fordham that Jack met Wilma Baggs, his wife of 57 years. Jack served as a Captain in the United States Air Force from 1964 to 1971, and a Major in the United States Army Reserve from 1972 to 1975, taking him to bases in Illinois, Wyoming and Alaska, before retiring from service and beginning his career as a New England pharmacist.

With Wilma (also a pharmacist) at his side, Jack went head-long into parenthood and small business. Together, the couple raised seven children and owned and operated two successful pharmacies in Connecticut, the state they called home for more than 30 years. A long-time member of the Elks and Lion fraternal orders, Jack enjoyed the comradery and community service – as well as a cold beer at the Southington Elks Lodge 1669 on a Friday night. In 1999, Jack and Wilma relocated to Jack’s beloved White Mountains of New Hampshire, where they spent their retirement years enjoying the outdoors, entertaining guests and spoiling grandchildren.

A true New Yorker as much as he was an adopted son of New England, Jack reveled in telling stories of his father’s life as a railroad worker in the city and of his childhood summers at Bayview Beach in Milford, CT. Among his many interests were military history, travel, poetry and aviation, which was a life-long passion – from building model planes to soaring in gliders. It was poetry, especially, for which he showed a talent not only for reciting a verse, but in creating one. His sly grin and his dry sense of humor (which he kept until the end) will be missed by all that knew and loved him. Throughout his life, Jack remained a model of independence and perseverance. He faced every challenge with a measured pace, a keen intellectual curiosity and sense of humor that was uniquely his own. He will be missed, but Heaven just got a little funnier.

Arrangements: A Mass of Christian Burial for Mr. Buckman will be held Tuesday, February 16, 2021, at 11:00 A.M., at St. Bridget of Sweden Parish - St. Bridget Church, 175 Main St., Cheshire, 06410. Friends are asked to meet directly at church and to follow all COVD-19 precautions and protocols. Burial will follow in St. Bridget Cemetery. The Alderson-Ford Funeral Home of Cheshire, 615 South Main St, 06410, is assisting the family with the arrangements. In lieu of flowers donations in his name can be made to Parkinson's Foundation: https://www.parkinson.org/ways-to-give, or Masonicare: https://www.masonicare.org/support-masonicare/donate-now#contact.
To order memorial trees or send flowers to the family in memory of John Burr Buckman III, please visit our flower store.