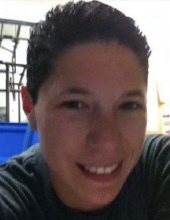 Monroe – Jessie Fabrizi, 33, passed away Tuesday April 23, 2019 at Yale New Haven Hospital. He was the spouse of Nicci Arjona.

Jessie was born February 28, 1986 in Bridgeport, the son of David Fabrizi of Stratford and Virginia (Fedele) Fabrizi of Naugatuck. He was raised in Oxford and had resided in Monroe for the last three years.

Besides Jessie’s spouse and his parents, he is survived by his step-mother Susan McNamara of Stratford; his children Johnny, Bella, Elyas and Fenix; his maternal grandparents Thomas and Josephine “Rena” Fedele; his stepmother Lisa Fabrizi of Fairfield; his siblings Michele Tarantino and her spouse Andrea Tarantino, Gabriella Fabrizi, Emma McNamara, Ethan McNamara and as well as several aunts, nieces, nephews, uncles and cousins. Jessie is predeceased by his sister Alison Steferak and his paternal grandparents Armand and Judith Fabrizi.