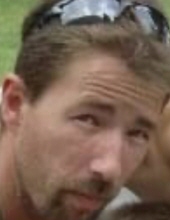 Naugatuck - Jerry Paradis, 49, passed away on Sunday, September 19, 2021. He was the son of Gerald Paradis and the late Sandra Hershkowitz.

Jerry was born January 8, 1972, in New Brunswick, Canada. He was raised in Connecticut, Jerry was a longtime Naugatuck resident who lived with his lifelong best friends and former spouse, Holly (Paradis) Bayerle and Richard Bayerle Sr. Jerry enjoyed Harley Davidson Motorcycles and fishing. Jerry was currently employed with The Hat’s Gutters, LLC and previously worked for Crest Mechanical and Capital HVAC for many years.

In addition to his father, Jerry is survived by his stepmother Denise; his sons Gerald and Dominic Paradis; his brothers Michael Hershkowitz and his wife Joyce, Donald Deschaine and Christopher Wentzell; his sisters Karen Doherty and Tina Deschaine Dionne and her husband Luc; his former wife Holly Bayerle and her husband Richard Sr.; and his former mother-in-law Gwendolyn Minalga and godfather Michael Amato and many nieces and nephews. In addition to his mother, he is predeceased by his brother John and his stepbrother Jason Wentzell.

Arrangements – Funeral services will be held on Saturday, October 2, 2021, at 3:00 PM at the Alderson-Ford Funeral Home of Naugatuck, 201 Meadow St. with a period of visitation from 2 pm until the start of the service. Memorial contributions may be made to Holly Bayerle for their son Dominic’s college fund.
To order memorial trees or send flowers to the family in memory of Jerry P. Paradis, please visit our flower store.