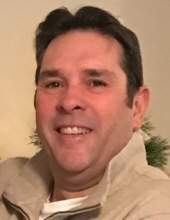 Jeffrey James Gray passed away peacefully at home after a long and courageous battle with cancer.

Jeffrey was born in North Tarrytown, NY and resided in Westchester County until enlisting in the US Army, where he held the rank of Military Police Officer in Pisa, Italy. Upon returning to civilian life, Jeffrey moved to Cheshire, Connecticut to embark on a new career with the Department of Corrections and later the Federal Bureau of Investigations.

Jeffrey leaves his wife and best friend, Tami. Over their 35 years of marriage, they enjoyed traveling, entertaining friends, and motorcycle riding. Two years ago, they fulfilled a lifelong dream and purchased a historical home, built in 1787. Jeffrey also leaves a son, Dylan, whom Jeff was incredibly proud of. They enjoyed going to Yankee games and concerts together. In his final days he remarked that he felt he was leaving this world a better place, because of his son, daughter-in-law Michelle, and three granddaughters, Charlotte, Olivia and Sienna, all of whom he adored. He also leaves his loving mother-in-law, Ida Doran, brother, Jamie Gray, sister-in-law Kathy Gray and nephews and cousins. In addition to his immediate family, Jeff is survived by his uncle, Jens Gunther Lobb. Jens was a father figure, brother and best friend to Jeff. Jeff was predeceased by his father James Gray, mother June (Gray) Lesnewski and aunt, Marilyn Gray Lobb.
To order memorial trees or send flowers to the family in memory of Jeffrey James Gray, please visit our flower store.