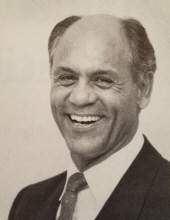 (Jay) Stephen Anderson, 78 of New York City, passed away on October 8, 2019, in Manhattan.
Stephen was born on October 19, 1940, in Long Island City, NY; the son of the late Jules and Ruth (Goldman) Anderson. He leaves behind a brother, Michael and was pre-deceased by their brother Gary. He is also survived by his daughter, Jill and her husband Michael Connolly, as well as his son Mark, Mark’s wife Dawn and their two children; Emma and Max.

After graduating from Rollins College in Florida, Stephen served in the US Air Force. Professionally, he was involved in a wide variety of ventures in the financial sector. He was President and Founder of Anderson Consultants, later First Fiduciary where, among other accomplishments, he published Ecoquake; a perspective on financial protections from severe market fluctuation. Additionally, he was active in the philanthropic and spiritual communities where he was President of the Hartley Film Foundation and was involved with the Temple of Understanding. Stephen was a lifelong athlete, first swimming at Rollins, then running, including completing several NYC Marathons.

A private graveside service was held on Thursday, October 10, 2019, at Brass City Lodge Cemetery in Waterbury where Stephen was buried next to his mother and father.

Donations would also be graciously accepted to the Parkinson’s Disease Foundation.
To order memorial trees or send flowers to the family in memory of Jay Stephen Anderson, please visit our flower store.