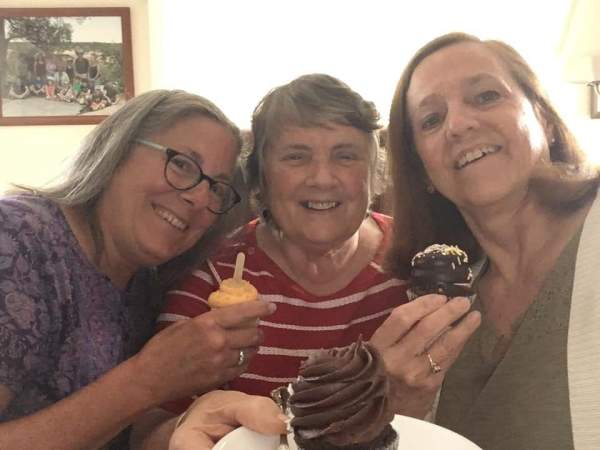 Janet was a woman of deep faith. At age 14 she accepted the Lord as her Savior at St. James
Lutheran Church in Chalfont, PA. She was heavily involved at Trinity Community Church in Norwood, MA and later on at Emmanuel Baptist Church in Norfolk, MA leading GMG’s (Girls Meeting God), helping with Vacation Bible School, participating in all church workdays, being a deaconess, and befriending and caring for women in the church who were struggling with health needs.

Born in Chalfont, Pennsylvania, the youngest child of Carl and Eva Young, Janet grew up with her older siblings, Herbert, Donald, and Marjorie. Her mom and dad owned a service station— gasoline, repairs, and used car sales. She attended Central Bucks High School where she was a four-year starter as a goalkeeper on the field hockey team. Freshman year she and her older sister Marjorie were on the state championship team.

After high school, Janet attended the Hospital of the University of Pennsylvania School of Nursing in Philadelphia, matriculating as a registered nurse. Upon graduating, she and a friend moved to Massachusetts to begin their nursing careers at Massachusetts General Hospital in Boston.

Janet and David married in 1962. They settled in Walpole, MA where they built a home and started a family. While raising her four children she also worked part-time nights from 1980-2002 as a registered nurse at Norwood Hospital. In 2014, after living on Woodard Road, Walpole, MA for 50 years she and David moved to Elim Park Place Independent Living in Cheshire, CT where she faithfully cared for David until his passing in 2018. Her family was overjoyed that in her remaining years at Elim Park she got to enjoy playing Rummikub with friends three times a week, Bocce, exercise programs, gardening, looking for ways she could help others, taking friends on drives, running errands for herself, and others, and visiting with her children and grandchildren as much as possible.

Janet will be remembered by those who knew her as loving, kind, empathetic, giving, godly, selfless, hardworking, detail-oriented, vibrant, having a great sense of humor, and joyful.

Arrangements – A Memorial Service will be held at a later date at Elim Park Nelson Hall. Burial will also be held at a later date in Lamoine, ME and there are no calling hours. Memorial contributions may be made to the Mary Melby Fund to support the Christian Ministries Department at Elim Park Place.
To order memorial trees or send flowers to the family in memory of Janet Hodgkins, please visit our flower store.