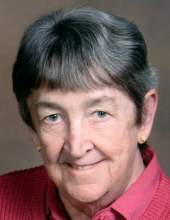 Jane Anne Loveless, 88, passed peacefully on August 7, 2022 surrounded by her adoring family. Jane was a devoted wife to her predeceased husband of 60 years, Frederick Charles Loveless and a loving mother to her three daughters.

Jane was born on March 10,1934 to Ralph and Dorothy (Marceau) Adams in Ogdensburg, New York, a picturesque town nestled on the St. Lawrence River. Jane attended and graduated from A. Barton-Hepburn School of Nursing and was proud of her chosen career all of her life; she worked in many capacities as a nurse and especially enjoyed her time working in pediatrics. Jane married the love of her life, Frederick Loveless, on December 27, 1954. Together, they had a multitude of hopes and dreams that made up for their lack of money in the early days. Jane supported Fred’s goal to achieve a graduate degree and they moved to Oakland, NJ to chase their dreams some more. It was there that their three daughters were born and they raised their young family. Jane often referred to this time in her life as “her happiest” years. In 1972, Jane and family moved to Cheshire, CT where Fred worked for Uniroyal as a research scientist and Jane was employed as a nurse. They both retired in Middlebury, CT in 1998 where they found new cherished friendships and enjoyed the company of their children and grandchildren. Jane and Fred’s devotion to each other is well known by anyone lucky enough to have been in their lives; they were a true testament to the old adage “love conquers all”. In their case, love surely did.

Jane was known for her love of golfing, gardening, reading, Christmas, and an occasional visit to the casino. She never shied away from a good joke and enjoyed a good story told with dramatic flair. Vacations with family to Wildwood, NJ, Cape Cod, Maine, and Hilton Head, SC were among her most treasured memories.

Jane remained a devoted wife and mother her entire life. Her children meant everything to her until her seven grandchildren made their entrances into the world; they all clearly did no wrong and one learned quickly to never challenge her on that truth. She adored each grandchild equally and deeply. She will be greatly missed for her mischievous side- which she showed often.
In addition to her husband and parents, Jane is predeceased by a brother Ralph Adams, a brother Robert Adams and a sister Elizabeth Fournier. She leaves her three daughters Marylisa Edwards and her husband Charles of Horseheads, NY, Susan Talbot and her husband James of Cheshire, CT, and Cindy Pezzullo and her husband Lawrence of Woodbury, CT. Jane also leaves behind seven grandchildren and 12 great grandchildren whom will, no doubt, carry on the legacy she and Fred started; one of hard work, loyalty, love, family, and endless humor.

A private memorial service for family will be held on August 27, 2022, at Alderson-Ford Funeral Home in Cheshire, CT. In lieu of flowers, contributions are appreciated in Jane’s name to her favorite charity: St. Jude’s Children’s Hospital. Online donations are accepted at: stjude.org.