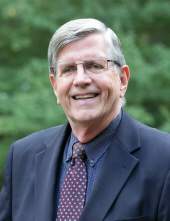 Mr. Ford was born in Waterbury on January 3, 1946, son of the late William T. and Olive E. (Warner) Ford. He was raised in Naugatuck and attended local schools, graduating from Naugatuck High School in 1964. He then attended the University of Connecticut, graduating in 1968 with a Bachelor of Science in Engineering. In 1973, he earned a Master of Science in Traffic and Transportation Engineering and became a Registered Professional Engineer in Connecticut and several other states.

After graduation, he started working for the State of Connecticut, beginning an over 50 year career in transportation engineering where he held many positions such as Director, Partner, Vice President, National Leader, and respected, lifetime member of the Institute of Transportation Engineers. He loved his work and split his time working for both municipalities and private firms, including finishing his career with the City of Hartford three years ago.

Funeral service will be held on Saturday, February 5th at 3:00 pm, at the Alderson-Ford Funeral Home of Naugatuck, 201 Meadow St. Naugatuck, CT. Burial will be in Grove Cemetery, Naugatuck at the convenience of the family. Friends may call at the Alderson-Ford Funeral Home of Naugatuck on Saturday, February 5th from 1:00 p.m. until the time of the service at 3:00 p.m. In lieu of flowers, memorial contributions may be made to the Memorial Sloan Kettering Cancer Center, 1275 York Ave., New York, NY 10021 or to the American Cancer Society, P.O. Box 280285, East Hartford, CT 06128-0285.
To order memorial trees or send flowers to the family in memory of James W. Ford, please visit our flower store.