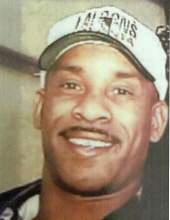 Jimmy was educated in the public schools in Vauxhall, New Jersey until his family relocated to Connecticut where he graduated from Naugatuck High School with the class of 1979.

Jimmy struggled with addiction in the 1980's, but in the 1990’s he graduated from a rehabilitation program called Teen Challenge where he committed his life to Jesus Christ and was born again. After graduating, his passion was giving back to his community as a Rehab Center support volunteer for Teen Challenge in New Haven, CT. He later served at Turning Point in Bristol, CT and at Pivot Ministries in Bridgeport, CT.
Jimmy loved the Lord and took every opportunity to tell others about Jesus. He often spoke about salvation to all who would listen.

Jimmy was always good with his hands. He had several jobs in manufacturing and engineering throughout Connecticut and New Jersey. Jimmy had the gift of gab. He worked as a car salesman for County Line Nissan in Middlebury CT, gaining the nickname “Action Jackson” by his peers and customers.

He loved being outdoors. Fishing was his favorite pastime. He was a thrill seeker at heart. He loved to eat, and he loved to brag about his family.

His charisma, boisterous voice, and infectious laughter will be cherished and missed by all those who loved him.

The Jackson family wishes to express their sincere gratitude for the acts of kindness offered to us during this time of bereavement. May God bless you all for your thoughtfulness and concern.

Arrangements: A service in celebration of James’ life will be held at 11:00 A.M. on Saturday, July 9, 2022 at Pinebrook Assembly of God, 232 City Hill Street, Naugatuck. Burial will be held at the convenience of his family. There are no calling hours and The Alderson-Ford Funeral Home of Naugatuck is assisting with arrangements. For online condolences, to share a photo or story, please visit www.fordfh.com.

To order memorial trees or send flowers to the family in memory of James M Jackson, please visit our flower store.