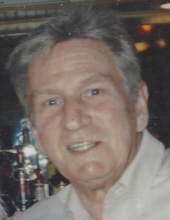 WATERTOWN – James C. Selby, 75, passed away Saturday May 25, 2019 at Waterbury Hospital. He was the husband of the late Mary Jeanne (Kevit) Selby who passed away in January.

Mr. Selby was born April 8, 1944 in Waterbury, the son of the late William R. and Ethel (Johnson) Selby. He was a 1962 graduate of Crosby High School where he excelled in Track & Field.

Mr. Selby had made his home in Bethlehem and Watertown for the last 30 years and was a self-employed Electrical Contractor before completing his career with Naugatuck Valley Electric. He enjoyed spending time with his children and grandchildren, fishing in the Farmington River, and traveling to his cabin in Maine.

Mr. Selby is survived by his son Stephen E. Selby and his wife Reina of Oxford; his daughter Meredith Selby DeSanto and her husband Mark of Southbury; his grandchildren Sara and Anna Selby and Charlotte DeSanto; and the mother of his children Dianne Nybakken. James also leaves behind his mother-in-law Mary Kevit, brothers-in-law, Gary Kevit and John Kevit, and sister-in-law Doreen Mayconich. In addition to his parents and his wife, he is predeceased by his brother William Selby Jr., and brother-in-law Chuck Kevit.

Arrangements – Funeral services and burial will be held privately at the convenience of the family in Riverside Cemetery in Waterbury and there are no calling hours. Memorial contributions may be made to The Harold Leever Regional Cancer Center, Waterbury CT. The Alderson-Ford Funeral Home of Waterbury is assisting with arrangements.
To order memorial trees or send flowers to the family in memory of James C. Selby, please visit our flower store.