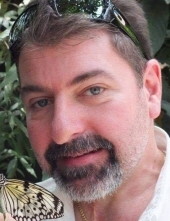 NAUGATUCK- James Baron, 55, passed away unexpectedly Friday, December 11, 2020 at his residence. He was born July 19, 1965 at Edwards Air Force Base in California, son of Patricia Ann Baron (Keegan) and the late Andy Baron.

Mr. Baron was an Aircraft Checkout Technician at Sikorsky Aircraft Corporation where he was employed for the past 20 years at the time of his passing. He loved to attend Redskin games with family and friends as well as cruising on his motorcycle. Jim was an avid golfer and guitarist prior to succumbing to the long-term effects of radiation treatments from his childhood cancer which rendered his right arm useless. Jim, living with limited abilities changed his focus becoming an on-line chess enthusiast. Later the onset of diabetes became overwhelming and, in the end, uncontrolled diabetes overcame him.

Besides his mother James is survived by his daughter Shauna Baron of Woodstock, VA and his granddaughter Jenna; his siblings Robert, Mark and Janet. Sister in laws Kelly, Shawna and Tom’s widow Erin and several nieces and nephews. He was predeceased by 2 of his brothers, John and Thomas Baron.

Services for Mr. Baron will be held at a later date. The Alderson-Ford Funeral Home of Naugatuck, 201 Meadow St, 06770, is assisting the family with the arrangements. Donations in his name can be made to St. Jude Children’s Research Hospital.
To order memorial trees or send flowers to the family in memory of James Baron, please visit our flower store.