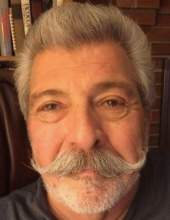 CHESHIRE- James A. Nankin, 77, passed away unexpectedly, Friday, May 14, 2021 at MidState Medical Center in Meriden. He was the loving husband of Kathleen E. Nankin who he was married to for 52 years. Mr. Nankin was born February 22, 1944 in New Haven, son of the late Aaron Samuel and Anna (Winnick) Nankin.

Jim grew up in New Haven, moving to Cheshire in 1969. He was involved in many community groups such as the Jaycees, Cheshire Junior Football, Special Olympics, and served as the Chairman of the Cheshire Parks and Recreation Commission for 27 years and several terms as a Constable for the Town of Cheshire. He was also a Mason, serving at lodges in Cheshire and Cromwell. He took all his roles seriously but being a mentor to up and coming Masons was very special to him, the relationships he developed with his brothers meant so much to him and sustained him during difficult times. Jim also owned the Nankin Group Insurance Agency up until his retirement this year.

Anyone who knew Jim will remember him as passionate, loyal, and possessing a sharp sense of humor. He loved to learn, was an avid reader, and was well versed in history especially World War II and the Civil War. He was an avid scuba diver and underwater photographer, loved nature, and was the guy to go to when you needed to know what bug that was or how to get rid of your poison ivy. Even if you didn’t ask a question, Jim had the answer. He was “Poppy” to his grandkids though sometimes they called him called him “Google”. It was a well-earned nickname. He loved the New York Yankees, happily attending games as a kid with his Uncle Dave and was able to keep the tradition going with his daughter. Although his son became a Red Sox fan, they were able to spend hours in person and on the phone going over stats and discussing games without ever coming to blows over who was a better pitcher: Pedro Martinez or Mo (it was Mo, no question).

Jim was generous with his knowledge, his time, and his energy to those people and causes he cared about. Sometimes his tenacity and passion seemed to know no bounds, but he stood by his convictions with a strong set of morals. His house was the place to go for those who needed help, and the door was always open. When his children were teenagers, the house was always filled with hungry kids who enjoyed a good (or bad) fart joke, and accepted the advice he had to offer, sometimes during long talks while painting a fence or doing yard work. It was a loving quid pro quo, which extended long into their adulthood. His family and friends brought him love and joy, and during tough times he never forgot a kindness and was always there when needed. He will be missed in ways that are indescribable.

Besides his wife he is survived by his daughter Sarah Nankin of Cheshire; son Aaron and his wife Shawna Bush Nankin of Eugene, OR; and three grandchildren Lilly “bag of donuts” Gensberg, and Caleb “buddy” Nankin, and Ian Gensberg, as well as many beloved nieces and nephews and his sister-in-law, Naomi Nankin of Arizona. Jim was predeceased by his sister Leatrice Ohl, and brother Richard Nankin. The family would like to thank his support team: Rob, Katie, Kim, Leigh and Megan at Gaylord, Dr. Mangla and his lovely staff, and Dr. Pat Duffy. We would also like to thank the members of Washington 81 and Temple Lodge 16 for all their support and friendship. To those others who have been there cheering for him along the way, we saw you, we thank you from the bottom of our hearts.

A service for Mr. Nankin will be held 12 P.M, Tuesday, May 18, 2021 at The Alderson-Ford Funeral Home of Cheshire, 615 South Main St, 06410. Burial will follow in Cheshire Hillside Cemetery, 166 Wallingford Rd, 06410. Covid guidelines will be followed. In lieu of flowers donations in his name can be made to Gaylord Hospital, PO Box 400, Wallingford, CT 06492, or the Cheshire Community Food Pantry. PO Box 457. Cheshire, CT 06410.
To order memorial trees or send flowers to the family in memory of James A. Nankin, please visit our flower store.