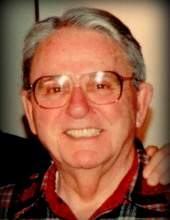 Cheshire – J. Robert Nastri, 91, passed away on Monday, September 21, 2020 at Yale -New Haven Hospital. He was the husband of the late Nancy (Mastine) Nastri.

Mr. Nastri was born December 8, 1928, in Waterbury, son of the late Sisti and Julia (Bergin) Nastri. He was a retired manufacturer’s representative for his own company, Dupont and Nastri. Mr. Nastri proudly served his country in the United States Army during the Korean Conflict, where he was awarded the Bronze Star.

Mr. Nastri is survived by his four children; The Honorable Robert Nastri Jr. and his wife Kathleen, of Hamden, Beth Nastri Roosa, and her husband John, of Cheshire, David Nastri of Cheshire, and Kerry Nastri, and his wife Hyun Ju, of Hamden; and his beloved grandchildren Emily, Bridget, Clare and Sarah Nastri, Drew and Paige Roosa, and Ji Eun Nastri.

Arrangements - UPDATE: Services for Mr. Nastri will be held at a later date. Burial will be private and the Alderson-Ford Funeral Home of Cheshire is in charge of arrangements. In lieu of flowers, memorial contributions, in Bob’s name, may be made to Cheshire Community Food Pantry, P.O. Box 457 Cheshire, CT 06410.
Make a donation to CHESHIRE COMMUNITY FOOD PANTRY INC in memory of J. Robert Nastri
​