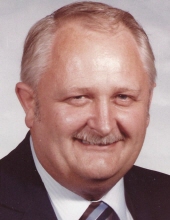 Beacon Falls - Irving A. Nichols Jr., 81, passed away on Monday, November 16, 2020. He was the Husband of the late Henrietta (Dottie) Nichols and the late Barbara A. Nichols.

Mr. Nichols was born February 18, 1939 in Waterbury, son of the late Irving and Elizabeth (Ramm) Nichols Sr., a member of the 1st graduating class of Kaynor Technical High School, he grew up in Oakville and Watertown and spent many years working on the family farm on Gurnseytown Road. He was honorably discharged from the US Army in October of 1963 and discharged from the Army Reserve in October of 1967.

He worked for Whitehall Battery, Motor Parts on Watertown Avenue, Ford Tractor sales in Goshen and retired from Waterbury Rolling Mills where he worked 43 years at the time of his retirement. At the Rolling Mills, he was the most senior employee having worked there longer than anyone else. After his retirement he worked part time as a casual driver for UPS and delivered flowers for a local wholesaler and he drove a street sweeper for Tri-State Industrial Maintenance.

He spent many summers cutting and bailing hay at various places throughout Connecticut including the runways of Oxford Airport. He enjoyed going to auctions and seeing what kind of deal he could find.

His hobbies included buying and selling farm equipment and driving a tractor whenever he got the chance. He was a country music fan and spent most Saturday nights listening to the Grand Ole Opry and other country music shows. He was always quick to lend a hand or give advice on farm equipment to anyone who asked. Mr. Nichols was known as a walking version of a road map. He could get you anywhere you wanted to go via the road maps in his head.

Mr. Nichols is survived by his son Irving A Nichols III; his daughters Deborah D. Anderson, Karen J. Cretella, Sandra J. Nichols, and Holly B. Nichols; his son Michael R Macchiarolo; his Sister, Ruth Mussa of Oakville and sister in law Mary Ellen Houston and her husband Dennis; several nieces and nephews and special family friend Heather Cassidy. In addition to his parents and his wives, Mr. Nichols is predeceased by his son Ronald N Macchairolo.

Arrangements – Visitation will be held on Saturday, November 21, 2020 from 9 to 11 am at the Alderson-Ford Funeral Home of Naugatuck, 201 Meadow St. At the conclusion of visitation a funeral procession will proceed to Great Hill Cemetery, Seymour for a graveside service. Memorial contributions may be made to the Beacon Hose Company No. 1, 35 Main St., Beacon Falls, CT 06403.
To order memorial trees or send flowers to the family in memory of Irving A. Nichols Jr., please visit our flower store.