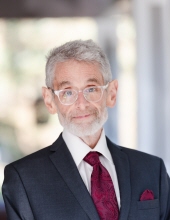 CHESHIRE- Howard Krieger, 67, passed away peacefully at his home on Friday, February 7, 2020.

Howard was wise. He was smart. He was funny, caring and thoughtful. He was a teacher who helped and improved the lives of countless people as a doctor, a father, a mentor and a friend. As a clinical psychologist, he spent 40 years passionately helping families in crisis- it was his true calling and, other than his family, what brought him the most joy in life. As any of his patients and friends can attest, he had a unique ability to fully devote himself to others, immerse himself in their problems and offer seemingly perfect advice; to the thousands of patients that he helped over the years and the thousands more that he hoped to meet, his selflessness, counsel and guidance will be sorely missed.

Howard was a family man, and nothing brought him as much pride as talking about his wife, sons, daughters, nieces, nephews, and grandchildren. He left behind a large and loving family including his wife Susan Krieger, parents Iris and Carl Krieger, sister Sandy Krieger, sons Louis, Sam, Jack and Daniel Krieger, daughters Rebecca Brennan and Rachel Krieger, brother-in-law Andy Dash, niece Sarah Dash, nephew Gabe Dash, daughters-in-law Alyssa and Jess Krieger, son-in-law Dan Brennan and grandsons Max and Charlie Krieger. Those little boys were his greatest joy; his face would light up whenever he got the chance to talk about any of his kids, but nothing made him happier than Max and Charlie- anyone who’s ever wondered what a chameleon says knows that. Five days before he passed, he had his entire family in one place and his happiness was a physical, tangible object- it was a delight felt by all around him.

A service for Howard will be held at 11:00 AM on Sunday, February 9, 2020 at the Alderson-Ford Funeral Home, 615 South Main St, Cheshire, CT, 06410. Burial will follow in Montefiore Cemetery, 121-83 Springfield Boulevard, Springfield Gardens, Queens, NY, 11413. Shiva will be held on Monday, February 10 and Tuesday, February 11 from 4:00 PM to 7:00 PM at 399 Wiese Rd, Cheshire, CT, 06410. In lieu of flowers, donations can be made in his name to the Colorectal Cancer Alliance.
To order memorial trees or send flowers to the family in memory of Howard Krieger, please visit our flower store.