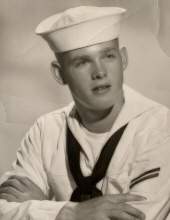 CHESHIRE - Henry “Hank” F. Wallinger 78, passed away at his home on Friday, April 2, 2021, surrounded by family. He was the husband of Linda (Scott) Wallinger.

Hank was born August 19, 1942, in Waterbury, the son of the late Arthur and Claire (Hackett) Wallinger.

He was a lifelong resident of Cheshire. He served in the Navy from 1960 to 1963 on the USS Irex in Groton. He worked for Southern New England Telephone and retired in 1991. He spent his retirement traveling with his wife and working on cars. He was an avid Harley Davidson owner and loved taking rides with Linda and friends. They spent their winters in Florida and their summers in Connecticut but his garage was his happy place.

Arrangements – Visitation for Hank will be held on Thursday, April 8, 2021, from 4-7 pm at the Alderson-Ford Funeral Home of Cheshire, 615 S. Main St. with a funeral service being held at 7 pm. Burial will be held at the convenience of the family. Memorial contributions may be made to VA Healthcare, 555 Willard Avenue, Newington, CT 06111, Attn: volunteer services.
To order memorial trees or send flowers to the family in memory of Henry "Hank" Wallinger, please visit our flower store.