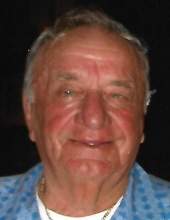 Naugatuck – Harry “Who” Perock, 91, passed away on Tuesday, January 4, 2022. He was predeceased by his wife Lois (Townsend) Perock.

Harry was born March 28, 1930, in Islin PA, the son of the late Metro and Bertha (Butrej) Perock. One of nine children, he was a lifelong Naugatuck resident who proudly served his country in the US Army during the Korean War. Being an operating engineer all of his life, he was instrumental in the construction of many Naugatuck landmarks, donating his time and materials on several occasions.

Harry is survived by his daughter, Donna Cormier and her husband, Dan of Prospect; his son, Gary Perock of Naugatuck; his grandchildren, Crystal Burr (Billy) of Wolcott; Sherri Crane (Luke) of Carolina, RI; and Kelly Giordano (Joe) of Wyoming, RI; his seven great grandchildren; his sister, Catherine Hitchcock of Naugatuck as well as several nieces and nephews.

A graveside service with Military Honors will be held at the convenience of the family at Lake Elise Cemetery, Middlebury. The Alderson-Ford Funeral Home of Naugatuck is assisting with the arrangements. For online condolences, to share a photo or a story, please visit www.fordfh.com
To order memorial trees or send flowers to the family in memory of Harry "Who" Perock, please visit our flower store.