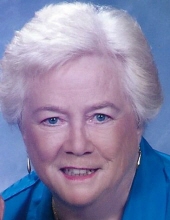 BEACON FALLS - Harriet “Re” (Campbell) D'Amico, 87, entered eternal rest on Wednesday, October 14, 2020, at the Lutheran Home of Southbury. She was the wife of the late Leonard F. D'Amico, who predeceased her in April.

Mrs. D'Amico was born May 26, 1933, in Derby, the daughter of the late Leon and Estrid (Morrits) Campbell. She was a lifetime resident of Beacon Falls; upon graduation from Seymour High School she decided to pursue a career in nursing. She graduated from Waterbury Hospital School of Nursing and became a Registered Nurse. After a long career at different hospitals she retired from Griffin Hospital in Derby in the late 1990’s.

Arrangements – Funeral services for Mrs. D’Amico will be held on Monday, October 19, 2020, at 10:00 AM at the Alderson-Ford Funeral Home of Naugatuck, 201 Meadow St. Burial will follow in Grove Cemetery. Visitation will be held on Sunday from 2 to 4 pm at the funeral home. In lieu of flowers, memorial contributions may be made to Beacon Falls Congregational Church, 69 Wolfe Ave. Beacon Falls, CT 06403.
To order memorial trees or send flowers to the family in memory of Harriet D'Amico, please visit our flower store.