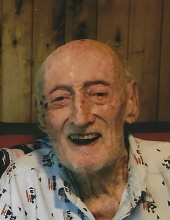 Gerard, nicknamed Rod by his mother, passed away after visiting CT from his home in FL.
Rod was raised in Hamden CT and attended Hamden High School. He was a talented hockey player, serving as Captain of the team.

Soon after graduating High school, Rod entered the United States Army Air Force on April 10, 1944. With the title of Staff Sargent, Rod was the radio communicator on a B 29 aircraft with 10 other crew members. His responsibility was to communicate back to bombing squadrons with weather updates ahead for their missions. He spent time on the islands of Okinawa and Tinian. At the end of the war, Rod bartered with surplus military gear for silk that he brought back home for a wedding dress for his soon to be bride Ellen Page Cann.

Following his honorable discharge in 1946, Rod married, attended UCONN and graduated with a business degree. Rod got his start in business working for Hubbard Hall and Kerr McGee companies in Waterbury CT. Kerr McGee recognized Rod’s talent and offered him a job in Oklahoma. He declined this offer and raised his family in Wallingford CT. While working for Kerr McGee, Rod tested and obtained his CPA license. Soon after, he opened a successful accounting practice in Wallingford. Rod was active in the Rotary Club, the Elks club and youth hockey. He was a devoted catholic and was active with the Our Lady of Fatima church annual carnival in Wallingford, acting as Treasurer.

Rod was a dedicated father, always looking after his kids. After a strong storm knocked over apple trees in the back yard, Rod had a client clear and level the yard. He enlisted his son Tom to gather used railroad ties from the local train tracks and used these to form a skating rink. He took pride in flooding the rink to make new ice on cold evenings.

Before full retirement, Rod would join his wife Ellen on trips to their home in Palmetto FL. After full retirement, Rod and Ellen spent quality time at their home where he enjoyed playing golf. He was a short distance from the clubhouse in his personal cart. His love of golf brought him to Scotland where he played at Prestwick Golf Club and the Old Course at St Andrews. This, was after a trip to Plymouth, England, where he visited the birth place of his dad Edgar. Rod loved animals. Following the death of his wife Ellen, Rod and his sister Bette enjoyed spending time at the South East Guide Dog facility in Palmetto, playing with the young puppies. He loved socializing, sharing stories about his childhood, reflecting on his experiences in the war, spending time with Brody, his daughter’s dog and following the UCONN women’s basketball team. He didn’t miss a game and he knew all the players.

All Services for Mr. Cann will be private and held at the convenience of the family. The Alderson-Ford Funeral Home of Cheshire, 615 South Main St, 06410 is assisting the family with the arrangements. In lieu of flowers donations in Rod’s name can be made to Southeastern Guide Dogs inc, 4210 77th St, Palmetto, FL 34221 .
To order memorial trees or send flowers to the family in memory of Gerard T. Cann, please visit our flower store.