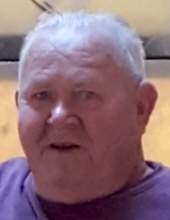 George was born on October 22, 1943, in New Haven, CT. He served in the United States Army from 1962 to 1965. Upon returning from serving our country, he worked briefly in a factory and was doing well, but felt it wasn’t a good fit for him. He took a pay cut at the time to work outdoors in arboriculture. George had a passion for Cheshire’s trees, working for over 50 years at Cheshire Tree Service/Total Tree Care. George was always there to help friends and family with whatever they needed. George was a loving father, husband, grandfather, and friend to everyone.

George was a real “townie” in Cheshire, from a time when it was more of a farming community. He often talked about the great people in town that he could always count on. George also volunteered extensively for the Abbey of Regina Laudis, in Bethlehem, CT. He assisted in training Mother Ozanne in tree care and helped keep their equipment operating over the years.

On September 26 1966, he married Lita Terzini. They raised two sons, George and Donald, and one daughter Tina.

He is survived by his three children, George, Donald and Tina, his sister Georgette Camarro, 5 grandchildren and cousins, nieces, and nephews.

Arrangements - A funeral service will be held on Monday, March 2, 2020, at the Alderson Ford Funeral Home at 615 South Main Street Cheshire at 11:30 A.M. Friends may visit with the family from 10:30 A.M. until the start of the service. Burial, with military honors, will follow at the State Veteran’s Cemetery, Bow Lane, Middletown.
To order memorial trees or send flowers to the family in memory of George W. Fletcher Sr., please visit our flower store.