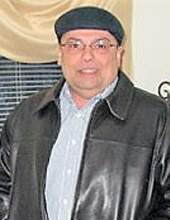 I wanted my obituary to tell whoever reads it how I felt about my life and the things that were important to me. I didn’t want a newspaper writer or a religious figure from the local church who really knew very little about me, or even my wife or other family or friends to write about who I was and what I meant to everyone. If you’re reading this, I have reached the final exit.

Naugatuck – Gene Cesca, a man always determined to beat the odds, finally lost the argument on November 22, 2020, in his home at the age of 73 after a battle with cancer.

Born and raised in Danbury, Connecticut. After graduating high school, he then joined the United States Air Force. He was proud of serving his country and held the rank of Sergeant. He went on to earn two college degrees while working full time, and sometimes part-time plus raising a family.

Gene loved sports. He earned his Junior Varsity letter for baseball in high school. He also played football in Europe while in the service. He was a fan of the Baltimore/Indianapolis Colts and of the New York Mets; an often painful a topic to discuss.

He headed a Crime Watch, volunteered and donated over 11 gallons of blood to the American red cross. Gene was a collector of electric trains, old-time radio shows, belt buckles, shot glasses, Hard Rock Cafes pins, and an assortment of sci-fi items. His favorite character was Doctor Who.

Gene taught himself how to build computers. He studied Tae Kwon Do, learned to cook, and was particularly proud of the racing car bed he built for his oldest son Michael.

Gene had a bucket list. He was able to check off a few items: he drove an eighteen-wheeler, diesel train, and race car; piloted a plane; rode a zip line, and visited the Alamo.

Gene met his wife Carol on a blind date and married her nine months later. She became his partner and best friend. His greatest achievement in life was their two sons, Michael and Darren. Family always took precedence over money and position.

His wife, children, and his grandchildren, Chloe and Kyle were dearer to him than he could ever say. If there is an afterlife, Gene will be watching over them. His family and friends are too numerous to mention by name, but all are warmly acknowledged for the part they played in his life.

Gene chose to be cremated, but he will be available in an urn at the Alderson-Ford Funeral Home of Naugatuck, 201 Meadow St. for anyone who cares to stop by to share comments and swap stories with others who might have considered him a decent human. Visitation will be held on Monday, Nov. 30, 2020, from 5 -7 PM. Committal with military honors will be held on Dec. 1, 2020, at 10 AM at the State Veteran Cemetery, Middletown. Memorial contributions may be made to Seven Angels Theater, 1 Plank Road, Historic Hamilton Park Pavilion, Waterbury, CT 06705 or to the Railroad Museum of New England c/o RMNE Treasurer, P. O. Box 400, Thomaston, CT 06787.
To order memorial trees or send flowers to the family in memory of Gene Cesca, please visit our flower store.