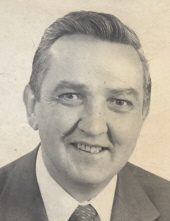 SOUTHINGTON – Frederick R. Prekosovich, 89, formerly of Cheshire and North Topsail Island, North Carolina, passed away Wednesday, February 12, 2020, at Hospice of Mid-State Medical Center. He was the husband of Shirley A. Prekosovich.

Mr. Prekosovich was born July 22, 1930, in South Bend, Indiana, the son of the late Stephen and Veronica Prekosovich. He obtained his Bachelor’s Degree in Chemical Engineering from the University of Michigan (1954) and had worked for Uniroyal Footwear as well as Allison Abrasives. A devout Catholic, he was a communicant of St. Bridget Church and St. Thomas Church as well as a member of the Knights of Columbus. He enjoyed golfing, a game he played into his 80s and gardening. He was known for his great love of family and enjoyed vacationing with them. A Detroit Tigers fan, he enjoyed the Notre Dame Irishmen and his University of Michigan Wolverines, which made for exciting games!

Besides his beloved wife of 61 years, Mr. Prekosovich is survived by his adoring daughters Judith Prekosovich-Streater and her husband Reginald of Cheshire and Julie Cappetta of Southington and his devoted grandson RJ Streater. He also leaves sisters-in-law Mary Prekosovich, Patricia Guy and brother-in-law Jack Emmons as well as a large extended family of nieces and nephews. In addition to his parents, Mr. Prekosovich is predeceased by his daughter Jennifer Dugan; his brother Steven Prekosovich; sisters-in-law Stephanie Emmons and RoseMary Takacs and her husband Carl Takacs (who introduced them); and his son-in-law David Cappetta.

Arrangements – A Mass of Christian Burial will be held on Tuesday, February 18, 2020, at 11 am at St. Bridget of Sweden Parish - St. Bridget Church. Friends are asked to meet directly at church. Burial will be held at the convenience of the family and there are no calling hours. The Alderson-Ford Funeral Home of Cheshire is assisting with arrangements. Memorial contributions may be made to St. Bridget School, 171 Main St, Cheshire, CT 06410 or the Cheshire Food Pantry, 175 Sandbank Rd., Cheshire, CT 06410.
To order memorial trees or send flowers to the family in memory of Frederick R. Prekosovich, please visit our flower store.