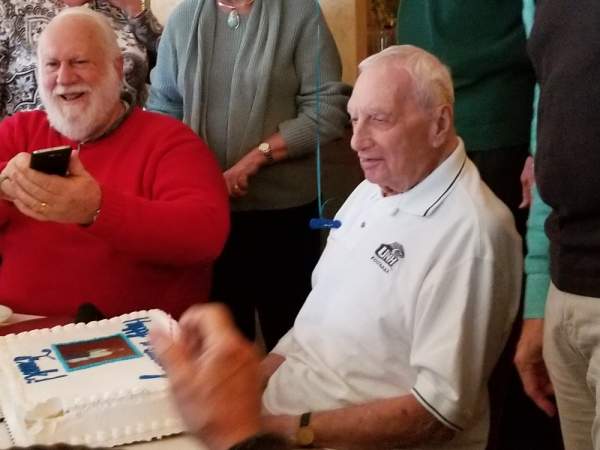 Mr. Nastri was born January 11, 1928, in Waterbury, CT., the son of the late Frank and Frances (Graziosa) Nastri. He was a longtime resident of Cheshire where he was a communicant of St. Bridget Church.

Mr. Nastri was well known for his endeavors in the restaurant and real-estate business throughout Connecticut. Frank was involved in much of the residential and commercial real estate development that took place in Cheshire during the 60’s, 70’s, and 80’s, but he loved to talk about the good times that were had when he owned the Waverly Inn. Some of the these included the stories about the famous chandelier, the New York Yankees having their team meetings there, and the story of having to threaten to disable Count Basie’s bus if he didn’t continue to play. Frank received an honorable discharge from the United States Air force in 1954.

Mr. Nastri is survived by his sister-in-law, Esther Nastri, and his niece, Allegra DiMuzio. In addition to his parents, Mr. Nastri was predeceased by his brother, Ralph Nastri.

Arrangements: A Mass of Christian Burial in celebration of Frank’s life will be held Wednesday, August 10, 2022, at 10:00 A.M., at St. Bridget of Sweden Parish/St. Bridget Church 175 Main Street in Cheshire. Burial will be private. In lieu of flowers, memorial contributions, in his name, may be made to Cheshire Food Pantry, P.O. Box 457, Cheshire, CT 06410.