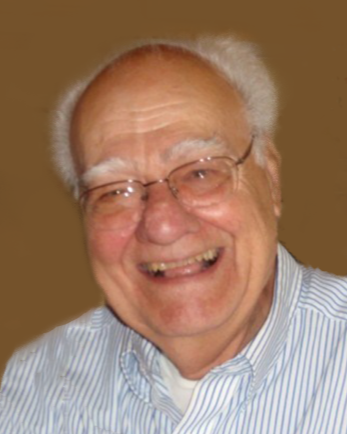 Francis Joseph Riello passed into Eternity on October 10, 2022. He was born in New Haven on Good Friday, April 2, 1926 to Mary Carmen Tito Riello and Giuseppe Riello. He is survived by his loving wife, Patsy Ann Ford Riello and their loving daughter Maria Suzanne (husband, John Tarquino) and beloved grandchildren Alexander and Maxwell. He also leaves behind several nieces and nephews. He was predeceased by his sister Madeline, her husband Joseph and their 2 children, 3 brothers Louis, Achille, and Albert.

Francis graduated from Hillhouse High School in 1944 and soon after, with 15 or 16 million other young Americans, entered military service with the US Army. He was selected to attend the military school at Fort Benning, GA. Here, he specialized in various forms of communications with emphasis on learning and achieving proficiency in Morse code messaging. He served in the Philippine Islands where he awaited assignment wherever needed. The wait was short, as the war ended abruptly. Enter the Atomic Age. Francis ended his military service in 1945 as a Tech/4 after serving in South Korea as part of the Occupation Force.

Francis then went on to graduate from Holy Cross College with a “Cum Laude '' B.S. degree then to Fordham University for awarding of the Master's degree. First major employment was as an investigator with the U.S. Civil Service Commission. It was the early 1950’s during a period of great concern for the Nation’s security. Full field background investigations were the order of the day. Part of this work involved frequent contact with educational establishments of various kinds, thus was ignited a consideration of entering the education profession. Further stimulus was offered by the great teacher shortage of the period especially in the field of Math and Science. From his start as Math teacher in Shelton, CT, he went on to teach Science at the Fair Haven Jr. High School in New Haven. Promotion to Asst. Principal followed with later promotions to Principalships at Cheever, Jepson, Columbus and Edgewood School from where he retired.

Retirement house husbanding began, to assist his loving wife in completing her 33 years as a Music teacher. The added bonus was caring for their sweet daughter Maria. In between times, he trained for and became docent at Yale’s Peabody Museum. Following this, the happy task of grandfathering for first grandchild, Alex. This to assist Maria’s rigorous work schedule. These were his most memorable moments. Francis also maintained active membership in two of his former parishes, with his wife Patsy, each serving according to their own talents at both St. Rita’s in Hamden and Holy Angels in South Meriden. Recognition for which, together, both received the St. Joseph Medal of Service from the hands of Archbishop Leonard Blair.

Family and friends may pay their respects on Sunday, October 16, 2022 from 3 p.m. to 6 p.m. at the Alderson-Ford Funeral Home, 615 South Main St., Cheshire, CT. A Mass of Christian Burial will be celebrated on Monday, October 17, 2022 at 10 a.m. at St. Bridget of Sweden Parish-St. Bridget Church, 175 Main St., Cheshire, CT. Please meet directly at church. Burial with Military Honors will follow at St. Lawrence Cemetery, 280 Derby Ave., West Haven, CT. In lieu of flowers, the family suggests donations to the Franciscan Sisters of the Holy Eucharist, 271 Finch Avenue, Meriden, CT 06451, St. Bridget School, 171 Main Street, Cheshire, CT 06410 or the special charity of your choice.