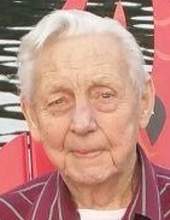 MIDDLEBURY – Floyd E. Johnston, 96, passed away April 2, 2020, at his home, surrounded by his loving family. He was the husband of the late Beverly Ann (Lawson) Johnston and the late Gwendolyn Johnston.

Mr. Johnston was born December 27, 1923, in Waterbury, the son of the late Joseph and Ruth (Parke) Johnston. He graduated from Thomaston High School and proudly served his country in the Army Air Corps. He was a longtime Middlebury resident where he worked as a Police Officer and for the Public Works Department and served as a member of the Middlebury Fire Department. After his years in Middlebury, Mr. Johnston worked for the State of CT, Department of Transportation until his retirement in 1987. He was a 75-year member of the Thomaston American Legion Post #22.

Arrangements – A graveside service will be held at the convenience of the family in Hillside Cemetery in Thomaston and there are no calling hours. Memorial contributions may be made to Make a Wish Foundation, 126 Monroe Turnpike, Trumbull, CT 06611.
To order memorial trees or send flowers to the family in memory of Floyd E. Johnston, please visit our flower store.