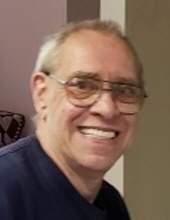 NAUGATUCK - Eugene F. Osborne, 59, passed away on Wednesday, March 10, 2021, at Waterbury Hospital. He was the husband of Staci (Ouellette) Osborne.

Mr. Osborne was born November 14, 1961, in Waterbury, the son of the late William and Elizabeth (Amador) Osborne. He was a longtime Naugatuck resident and was a Plater for various manufacturing companies.

Besides his wife Staci, Mr. Osborne is survived by his sister Karen Vensel and her husband Alan; his brothers Michael Osborne and his wife Blake Deegan, Robert Osborne, Richard Osborne and his wife Karen; his brother-in-law Jeffrey Ouellette; his cousin Mary Chrissy Spada, with whom he was raised as well as several nieces and nephews. In addition to his parents, he is predeceased by his siblings Kenneth and Mary Catherine.

Arrangements – A graveside service will be held on Thursday, March 18, 2021, at 11 am at Calvary Cemetery. The Alderson-Ford Funeral Home of Naugatuck is assisting with arrangements. Memorial contributions may be made to St. Jude’s Children’s Research Hospital, 262 Danny Thomas Place, Memphis, TN 38105.
To order memorial trees or send flowers to the family in memory of Eugene F. Osborne, please visit our flower store.