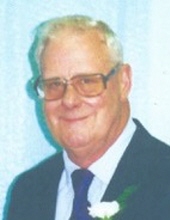 Naugatuck – Eugene Edward Rice, 77, of Naugatuck, passed away on April 28, 2020, in the VITAS Hospice unit at St. Mary’s Hospital of liver cancer.

Gene was born in Fort Fairfield, Maine on August 20, 1942. He graduated from Fort Fairfield High School – Class of 1960. He then moved to Naugatuck, CT to be with family.

Gene worked at Mitchell-Bate Co. in Waterbury, CT for over 30 years and then at Plasti-Coat Co. until he retired. He was a former member of St. Francis Church in Naugatuck. He enjoyed bowling, old westerns, the New York Yankees, the Dallas Cowboys, the UCONN Women’s Basketball, and especially Dunkin Donuts coffee.

Gene is survived by his wife Elizabeth, his children: David and Debbie of Florida; Judy and George Harper of Oxford, Robert and Billie of Oxford, Thomas of Waterbury, and Bill and Karrie of Naugatuck, 11 grandchildren and 2 great-grandchildren. He also leaves 2 brothers – Roger Ginn and Dale and Phyllis Ginn and 2 sisters – Karol and Bob Mooney and Gloria and Joe Spino, all of Florida, a cousin Lou Kelley and family of Newington, a brother-in-law, Terry Jones of Florida and 7 nieces and nephews. There are also numerous aunts, uncles, cousins, and many friends throughout the Northeast. He is predeceased by his mother Mona Ginn.

Funeral services for Gene will be held at a later date. The Alderson-Ford Funeral Home of Naugatuck is assisting with arrangements.
To order memorial trees or send flowers to the family in memory of Eugene Edward Rice, please visit our flower store.