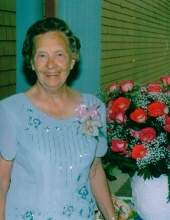 CHESHIRE - Emma Austin Norback, 96, passed away Friday, January 1, 2021 from complications of COVID at Mid State Medical Center. She was the wife of James S. Norback.

Emma was born August 4, 1924 in West Haven, the daughter of the late Arthur and Laura (Brown) Austin. She was a bookkeeper for the New Haven Credit Bureau for over 20 years retiring in 1995.

In addition to her parents and her husband, Mrs. Norback was predeceased by her sons James “Jimmy”, Gary and Jeffrey Norback.

She was an extraordinary person who exemplified kindness and generosity. She knew no other way, but to put others before herself. She ingrained in her children early on, “To have a friend, you have to be a friend”. Her most precious gifts were her grandchildren, and the bond they shared. She offered an endless supply of love, acceptance, patience and unwavering support.

Emma loved the outdoors, be it on long walks along the linear path, or marveling at a beautiful sunset or storm setting in from the west as viewed from her front steps.

Emma was a communicant of the First Congregational Church for 67 years, where she was a tireless and enthusiastic volunteer.

Arrangements - Funeral services will be private, with a burial held in Cheshire Hillside Cemetery. The Alderson-Ford Funeral Home is assisting with arrangements.
To order memorial trees or send flowers to the family in memory of Emma Norback, please visit our flower store.