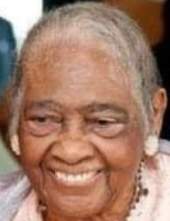 Mrs. Coble was born, September 3, 1927, in Mebane, NC, the daughter of the late Hubert and Daisy (Wilson) Ledwell. She was raised in NC and had lived in various parts of the country before moving to CT over 20 years ago. She was employed by the United States Postal Service retiring in 1986. She was a woman of strong faith, in our Lord Jesus Christ. Elizabeth was active in her churches from childhood beginning at the St. Luke Christian Church in Mebane, NC. As an adult, she was a missionary and head of the nursing ministry in Corinth Baptist Church in Mount Vernon, New York. She continued her work in missions in the Poplar Gove Baptist Church in MD. Elizabeth was active in helping new members in their faith at Macedonia Baptist Church in Denver, CO, and was ordained as a Deacon in the Messiah Baptist Church in Bridgeport CT. Upon her death she was attending church at the United Methodist Church of Naugatuck where her daughter Is the pastor. Elizabeth loved to sing in church and write lyrics to songs that she would sing at conferences and in her home on a daily basis. Her most favorite song written is entitled, “If You Want To Be Born Again.” If you met her and asked how she was doing; her response would be, “I am blessed by the best.”

Arrangements – Funeral and graveside services will be held at the convenience of the family in Grove Cemetery, Naugatuck. There are no calling hours. The Alderson-Ford Funeral Home of Naugatuck is assisting with arrangements. Memorial contributions may be made to The United Methodist Church of Naugatuck, 214 Meadow Street, Naugatuck, CT 06770.
To order memorial trees or send flowers to the family in memory of Elizabeth N. Coble, please visit our flower store.