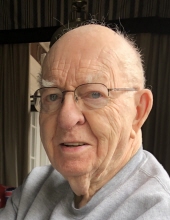 Mr. Wium was born February 13, 1922, in Holstebro, Denmark, the son of the late Wilhelm and Nina Wium. He came to the U.S. in 1946 with his wife and was a graduate of the University of New Haven, with a degree in mechanical engineering. He worked as a product engineer for Stanley Works and General Signal until his retirement in 1987.

Arrangements – Funeral services and burial will be held at the convenience of the family and there are no calling hours. The Alderson-Ford Funeral Home of Cheshire is assisting with arrangements. A celebration of his life will be held at a later date.