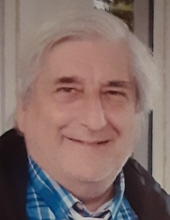 NAUGATUCK – Edward W. Cotter, 77, passed away Saturday, January 4th, 2020 at his home. He was the husband of Patricia Sanders Cotter.

Mr. Cotter was born, July 29, 1942, in Oceanside, NY the son of the late Otis and Mary DeLuca Cotter. He was a United States Postal Employee, retiring in 2002 and moving to Naugatuck in 2002. He was a longtime member of Kingdom Life Christian Church in Milford.

Besides his wife of 50 years, Mr. Cotter is survived by his son Christopher Cotter of Great Barrington, MA; his daughters Cynthia Juarbe and her husband David of Brooklyn, NY and Carrie Healy and her husband Tim of Naugatuck; his brother William Cotter of MO; his sister Frances Fabrizio of Naugatuck; his nine grandchildren Alyvia, David, Daniel Juarbe, Jocelyn Caraballo, Casey, Thomas, Teagan, Cassidy Healy, Jaimee Palmer and her three children, as well as many nieces and nephews. In addition to his parents, he is predeceased by his two brothers, Nicholas and Otis Cotter.

The family would also like to acknowledge his very good friend, Robin Moon and her husband, Chris Moon for their kindness and support.

Arrangements – A Funeral service will be held on Saturday, January 11th, 2020 at Kingdom Life Christian Church, 597 Naugatuck Ave., Milford at 11:00am. Gathering will follow at Polish American Club, 199 Bridge Street, Naugatuck, CT at 1:00pm. Calling hours will be held on Friday from 5:00pm to 8:00pm.
To order memorial trees or send flowers to the family in memory of Edward W. Cotter, please visit our flower store.