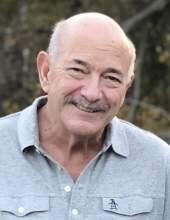 Tom was born May 26, 1948 to Thomas and Mae DeLuca of Bridgeport. From the start, he was a joy to his parents and older sisters, Kiki (Copertino) and Lorraine (Caliendo), who adored and doted on their baby brother. Growing up in a close-knit Italian family, Tom was surrounded by aunts, uncles, and cousins, and he enjoyed spending time with his brothers-in-law, Len and Buddy. These special bonds remained some of the most important of his life.

When he was 14, he met the love of his life, Elizabeth Affannato. They dated throughout high school, during Tom’s college years at Villanova, and have never been apart. When they married in 1970, Tom was thrilled to gain a sister-and-brother-in law, Mary Ann and James Ferris. Tom and Liz then moved to Philadelphia where Tom attended Pennsylvania College of Optometry, earning several honors and awards upon his graduation in 1974.

The couple returned to Connecticut where Tom began practicing optometry, performing research with Bausch + Lomb to revolutionize the clinical application of soft contact lens wear. He was later elected as a fellow of the American Academy of Optometry. Tom owned a successful optometry practice that served the Prospect, Cheshire, Waterbury, and New Haven communities for over 45 years. It is no exaggeration to say that he touched the lives of thousands of people who came to think of him not only as their eye doctor, but as a dear and trusted friend.

A truly devoted father, Tom is survived by his three children, Dr. Jennifer Baldwin, Gina Algilani, and Tommy DeLuca, who were raised in Cheshire. His children were his greatest joy and a source of endless pride. Tom’s happiness grew along with his family, expanding to include sons-in-law, Dr. Michael Baldwin and Attorney Daniel Algilani, daughter-in-law Taryn DeLuca, and his five beloved grandchildren, Madeline and Samuel Baldwin; Sophia and Cameron Algilani and Grayson DeLuca.

Another important part of his life was his Catholic faith and community service, through which he was a founding member and Treasurer of St. Vincent DePaul Mission in Waterbury, a board member of the Cheshire YMCA, CYO Director and Parish Council member at St. Thomas Becket, and a member of numerous other service groups and organizations during his lifetime. In recognition of his selfless good works, he received several awards including the Medal of Appreciation for Service from St. Thomas Becket, the Liberty Bell Award of Waterbury, and the God and Youth Award through St. Anthony’s Church.

Tom considered himself blessed to have been so well cared-for by the doctors, nurses, and staff at UConn Health in Farmington. His family is grateful for the kindness shown to all of us during his time there.

He will be missed by all who loved him, including his cousins Michael and Mary Ann Moccaie, his many nieces and nephews, great nieces and nephews, and Godchildren, as well as countless friends and colleagues, who he considered family. We are incredibly blessed and grateful to have known this selfless man whose life exemplified compassion, generosity, and love.

Arrangements: There will be no calling hours at this time, however, details of an upcoming Memorial Celebration open to the public will be announced at a later date. A private family committal will take place in St. Bridget’s Cemetery. The Alderson-Ford Funeral Home of Cheshire is assisting with arrangements. Memorial contributions can be made to St. Vincent DePaul Mission, P.O. Box 1612, Waterbury, CT 06721.
To order memorial trees or send flowers to the family in memory of Dr. Thomas J. DeLuca, please visit our flower store.