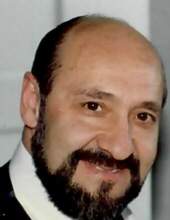 Friday August 6th, Dr. Richard Joseph Bisson DDS, 84, of Cheshire, CT peacefully succumbed to a terminal case of Leukemia in his home. Richard was born July 3rd, 1937 and raised in Barre, VT to dairy farmers Ernest and Yvonne Bisson. Fitting for someone born so close to July 4th, Richard was a fiercely independent spirit. As the baby in a family with six older siblings, he learned to grab people’s attention with humor, a skill he retained throughout his life. And while Richard brought levity to the hard work of dairy farming and later dentistry, there is no doubt he loved the challenge and routine of work itself.

He served for two years in Alexandria, Louisiana as a Captain in the US Air Force, providing dental services. Around Cheshire and its neighboring towns, Richard was well known not only for serving the community as a dentist for 42 years, but also for being an active member of the Kiwanis Club, a coach of youth sports, a devout Catholic and a member of St. Bridget’s, a caring and inquisitive neighbor, a mediocre bridge player, but an excellent cribbage player. Less well known were the quiet acts of generosity Richard bestowed on those in need in his community as well as friends he met abroad. After his retirement in 2009, Richard and his beloved wife Charlotte Bisson retired by Eastman Lake in Grantham, NH. Along with being an avid vegetable gardener, and reader, he was also a writer, penning, political and philosophical treatises, an autobiography, short stories, and a speculative historical fiction epic. He was also a genealogist, tirelessly researching and writing collections about both sides of his family.

Calling hours commemorating Richard’s life will be held 10 A.M to 12 P.M, Wednesday, August 11, 2021 at The Alderson-Ford Funeral Home of Cheshire, 615 South Main St, 06410. A service will be held at 12 P.M to conclude calling hours. Burial with full military honors will follow in Cheshire Hillside Cemetery, 166 Wallingford Rd, 06410. In lieu of flowers contributions in Richard’s memory can be made to Abilities without Boundaries in Cheshire, CT at Donate- abilitieswithoutboundaries.org/.
To order memorial trees or send flowers to the family in memory of Dr. Richard Joseph Bisson, DDS, please visit our flower store.