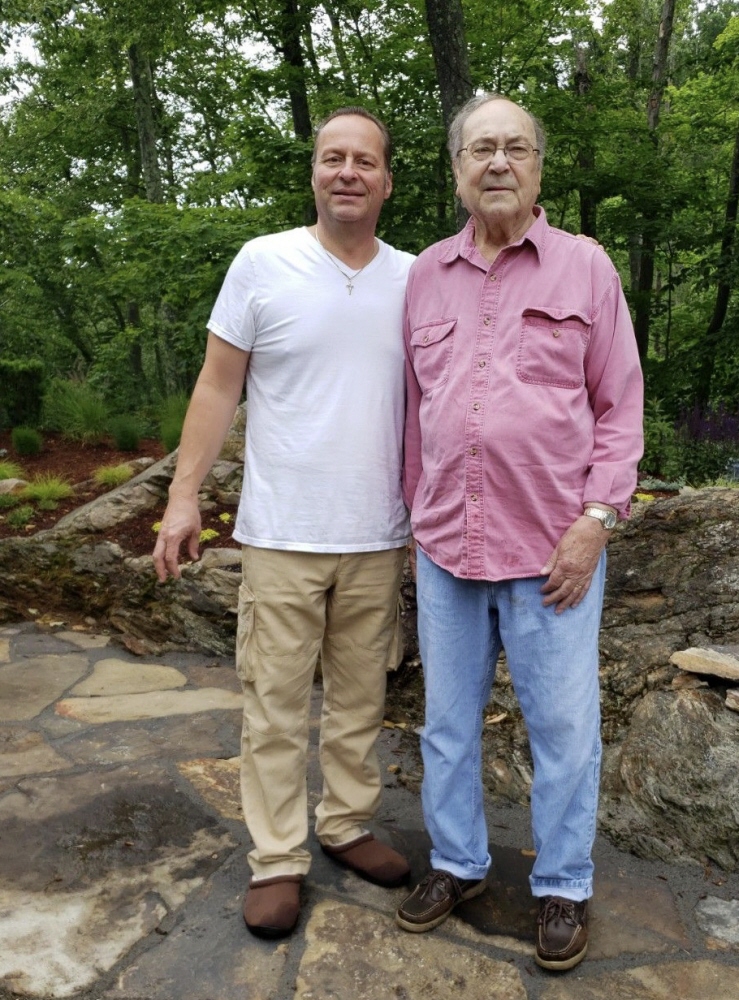 On June 22, 2021, Dr. Philip Robert Fazzone passed away peacefully in his home surrounded by his wife and children, at the age of 89. Phil was born on March 2, 1932, in New Haven Connecticut. The eldest child of Rose Casertano Fazzone and Anthony P. Fazzone, he was raised in Cheshire, Connecticut with his siblings Mary Ann (Ricciuti), James, and Anthony. He shared a close relationship with his three siblings throughout his life. His parents instilled in him the importance of family, a strong work ethic, and above all else, a commitment to helping others. He grew up farming with his father, uncles, and brothers. Some of his happiest memories were of crating vegetables for delivery, driving a large truck to the market, and then returning home in time to attend school in the morning. His father inspired in him a love of the outdoors and farming that became a deep part of him and never left him. He spent summers working on the family farm through college and then whenever he could find the time to do so. He attended Crosby High School before graduating from Cheshire Academy. He went on to Yale University, graduating in 1954. He attended the Yale School of Medicine, where he was President of the Student Body. He graduated from medical school in 1958. After medical school, he chose Cardiology as his intended path.

While in medical school, Phil began dating Adele Buonocore, who was becoming a registered nurse at Yale School of Nursing. On June 10, 1961, they married at Saint Barnabas Church in North Haven, Connecticut. The newlyweds moved to Sausalito, California where Phil completed a fellowship in Cardiovascular Diseases at the University of California San Francisco Medical Center. While there, their eldest daughter, Rosalia (Lia) was born. The family then moved to Virginia where Phil became Chief Resident at the University of Virginia Medical Center. While in Virginia, their second child, Carlotta (Carley), was born. Although they loved living in Virginia, they decided to settle their young family in Wallingford, Connecticut to be closer to their parents and siblings. They purchased and restored an 1890’s farmhouse, initiating their lifelong passion for early American architecture and antiques. They lived many happy years in Wallingford, expanding their family to eight children, with the addition of Anthony, Johanna Paul, Hilary, Vincent, Philip, Jr. and Alexander.

In 1978, Phil and Adele took on the project of reconstructing an early 18th century house, seeking out the help of several skilled builders and craftsmen. The couple chose the Warham Williams House in Northford, Connecticut, a 1752 home which they had admired for many years. The home was dismantled and reconstructed on a piece of property in Roxbury, CT. Additionally, Phil and Adele incorporated the frame from Phil’s grandparents’ home into their new home, adding additional meaning and beauty to the design. The project gave them the opportunity to cultivate their knowledge and love of early American Architecture while creating a new home for their now very large family. They loved the project for the sense of purity for the era in which it was originally built, honing every detail. It took ten years to complete the restoration. While living in Roxbury, Phil revisited his love of farming, on a smaller scale. Phil cultivated an evergreen farm, potting thousands of saplings, some of which were later transplanted at his home in Vermont. He enthusiastically raised Suffolk sheep. He also raised warmblood horses which cultivated a shared endeavor with his children and provided them with many hours of enjoyment. The family was welcomed by the Roxbury community and treasure the close friendships they made there.

Phil’s career as a cardiologist was a long and distinguished one. When he returned from Virginia, Phil joined the medical staff as a Cardiologist at the Hospital of St. Raphael, in New Haven, Connecticut. Soon after, he joined the Cardiothoracic Group, founded by his friend and colleague, Dr. Max Carter. There he practiced cardiology for many years. He later became President of the group. During his career, Phil traveled to Switzerland to learn angioplasty and became one of the first in New England to perform angioplasty. During his entire career, he was an associate clinical professor at the Yale University School of Medicine.

While at St. Raphael, he received the Sister Louise Anthony Award for Clinical Excellence and Outstanding Contribution to Teaching and Patient Care, the most distinguished award given by the hospital. He became Director of St. Raphael’s Cardiac Catheterization Laboratory in 1970, a position he held until 1999. In September 2000, the Cardiac Catherization Laboratory Suite was renamed the Philip R. Fazzone Cardiac Catherization Unit. He cherished his years at St. Raphael, and the professional relationships he formed there. His final position as a cardiologist was with Heartcare Associates of Connecticut. He greatly enjoyed his time there before retiring in 2015, at the age of 83.

Phil’s career was full of accomplishments, but his true devotion was to patient care. Phil’s patients were of paramount importance to him. Patients often expounded that he was not only a talented clinical doctor but an extremely caring one as well.

After Phil’s retirement, he and Adele moved full-time to Danby, Vermont, a community in which they had a second home for many years.

The family wishes to thank all who have offered love and prayers to us during the difficult passing of our father. We thank our friends, Mike and Monica Green, who helped to care for our husband and father in his final months of life and made it possible for us to keep our promise to him that he live at home until his final earthly moments. We thank Richard Marantz, Phil’s nurse and case manager, for the thoughtful care he administered to our husband and father. We also thank Father Steven Marchand, who traveled to our home and administered final sacraments to our husband and father shortly before his death and provided him and our family with so much strength and peace.

Our Dad was a devoted Catholic and possessed a strong faith in God. As his family, we are grateful that he lived a long life, and that God chose us to be his family. Our Dad was a figure of strength who led with humility and with whom we shared a very close relationship throughout our lives. He is the core of our family and we cannot imagine life without him. Besides his family, God, and his work, our Dad loved a good (and even bad) Western, an ice cream cone on a hot day, breaking a sweat building a stone wall, and a long walk in the country.

Visitation will be held on Thursday, July 1, 2021, from 4-7 pm at the Alderson-Ford Funeral Home of Cheshire, 615 S. Main St. On Friday the funeral procession for Phil will leave the funeral home at 9:30 am and proceed to Saint Bridget Church for a Mass at 10:00 am. Phil will be laid to rest beside his parents in Saint Bridget Cemetery in Cheshire, Connecticut. Memorial contributions may be made to St. Bridget of Sweden Parish, 175 Main St., Cheshire 06410 or to Christ the King Catholic Church, 66 S. Main St., Rutland, VT 05701.
To order memorial trees or send flowers to the family in memory of Dr. Philip R. Fazzone, please visit our flower store.