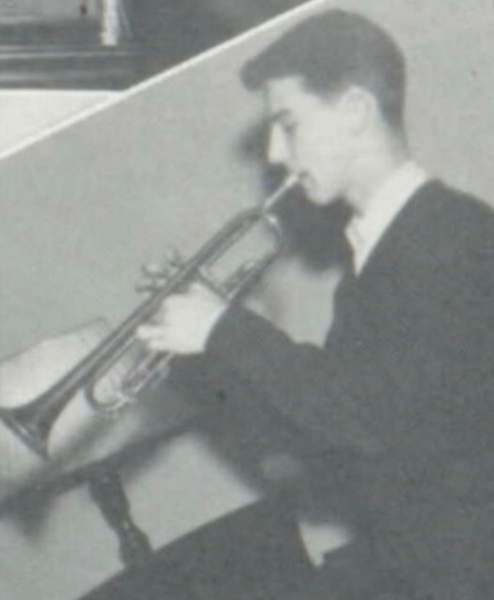 Cheshire, CT - Harry Ausmus, 84, passed away on Thursday, January 27, 2022, at Elim Park Health Care. He was the husband of the late Linda (Dronsick) Ausmus.

Dr. Ausmus was born June 14, 1937, in LaFollette, TN, the son of the late Harry and Gretna (Childress) Ausmus. Most of his childhood was spent in Johnson City, TN where he grew up with his two older sisters, Peggy and Bennie.

After high school he earned both his Bachelor’s and Master’s Degrees at East Tennessee State University. He furthered his education obtaining an additional Bachelor’s Degree in Theology from Drew University and followed with his PhD in Philosophy from Ohio State University. He was a Professor of European History at Southern Connecticut State University for 30 years, retiring in 1997. He authored and published 5 books, which were reviewed on both sides of the Atlantic Ocean, including a review in the London Times Literary Supplement and the New York Times Book Review.

He was a Cheshire resident for more than 50 years and enjoyed summer vacations in Dennis, MA on Cape Cod. He and Lin were fixtures of the community, both in Cheshire and on the Cape. They enjoyed lunches at all their favorite town restaurants, including CJ Sparrows, Cheshire Pizza and on the Cape at Buncey’s, where they gathered with friends and were treated like family. He enjoyed his martinis straight up with no fruit, his burgers with no top bun, and insisted on a bowl of vanilla ice cream with chocolate sauce after every meal.

The inspiration of the short Film, The Old Man, written, produced and directed by his grandson, Devin, Harry was witty and sarcastic. He had a myriad of one-liners, referred to by his friends and family as “Harry-isms,” that he was sure to throw out at any given moment. If you asked how he was doing, it was always, “tolerably well.” If you said it was good to see him, he would always respond that it “was good to be seen.”

Harry had an innate ability to take a nap anywhere. On a plastic chair with movers removing furniture all around him or even at a baseball game surrounded by thousands of people. He always had to have an aisle seat at games and listened to the play by play on his radio, while watching the game live. Although, we’re still convinced that he was actually listening to his beloved jazz music. A musician himself, he enjoyed jazz more than any type of music.

Harry summed up his life best himself. In his retirement letter to SCSU, he wrote, “In retrospect, I can honestly assert that my life, although superficially lacking in luster, is nonetheless a perfect example of that saying by sages of all times and of all nations, that the life of the mind is the surest way to the happiest life.”

Dr. Ausmus is survived by his children Laura Ausmus and Brad Ausmus and his wife Liz; his grandchildren Sophie and Abby Ausmus and Kelsey and Devin Peluso. In addition to his parents, he is predeceased by his sisters Peggy Blankenship and Bennie Quinn.

Arrangements – Funeral services and burial will be held at the convenience of the family. There are no calling hours. The Alderson-Ford Funeral Home of Cheshire is assisting with arrangements. For online condolences, to share a photo or a story, please visit www.fordfh.com.
To order memorial trees or send flowers to the family in memory of Dr. Harry Ausmus, please visit our flower store.