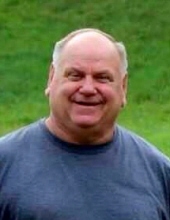 CHESHIRE – Douglas Clark, 69, passed away Tuesday, June 18, 2019 at St. Mary’s Hospital. He was the husband of Elizabeth (McLoughlin) Clark.

Mr. Clark was born Nov. 9, 1949 in Randolph, Vt., son of the late Stanley and Loraine (Manning) Clark. He was a longtime Cheshire resident, moving to town in 1972. He was the owner and operator of D&D Heating and Air Conditioning. He was previously employed with R.W. Hine and International Oil. He loved motorcycles, hunting, playing horseshoes, pool and bowling. Most importantly, he loved spending time with his family and grandchildren.

Besides his wife of 49 years, Mr. Clark is survived by his daughter Kelly Cienki and her husband Stosh of Cheshire; his sister Judy McCabe; his sister-in-law Carolyn Clark; his brothers-in-law Bernard McLoughlin and Roger Vesper; his grandchildren Frank, Michael, Noah, Luke and Caitlin; as well as his many nieces and nephews that he loved like children and many aunts, uncles and cousins. Besides his parents, he is predeceased by his sons Ernest, Stephen and Richard; his brother Roger Clark; his sister Cheryl Vesper; his sister-in-law Deborah McLoughlin; and his brother-in-law Everett McCabe.

Funeral services will be held on Tuesday, June 25, 9:15 a.m. at the Alderson-Ford Funeral Home of Cheshire, 615 S. Main St.; then to St. Bridget Church/St. Bridget of Sweden Parish, 175 Main St., Cheshire for a Mass of Christian Burial at 10 a.m. Burial will be held at the convenience of the family. Calling hours will be held on Monday from 4 to 7 p.m. at the funeral home. Memorial contributions may be made to St. Jude’s Children’s Research Hospital, 262 Danny Thomas Place, Memphis, TN 38105, or to the American Parkinson Disease Assoc., P.O. Box 718, Old Mystic, CT 06372-0718.
To order memorial trees or send flowers to the family in memory of Douglas S. Clark, please visit our flower store.