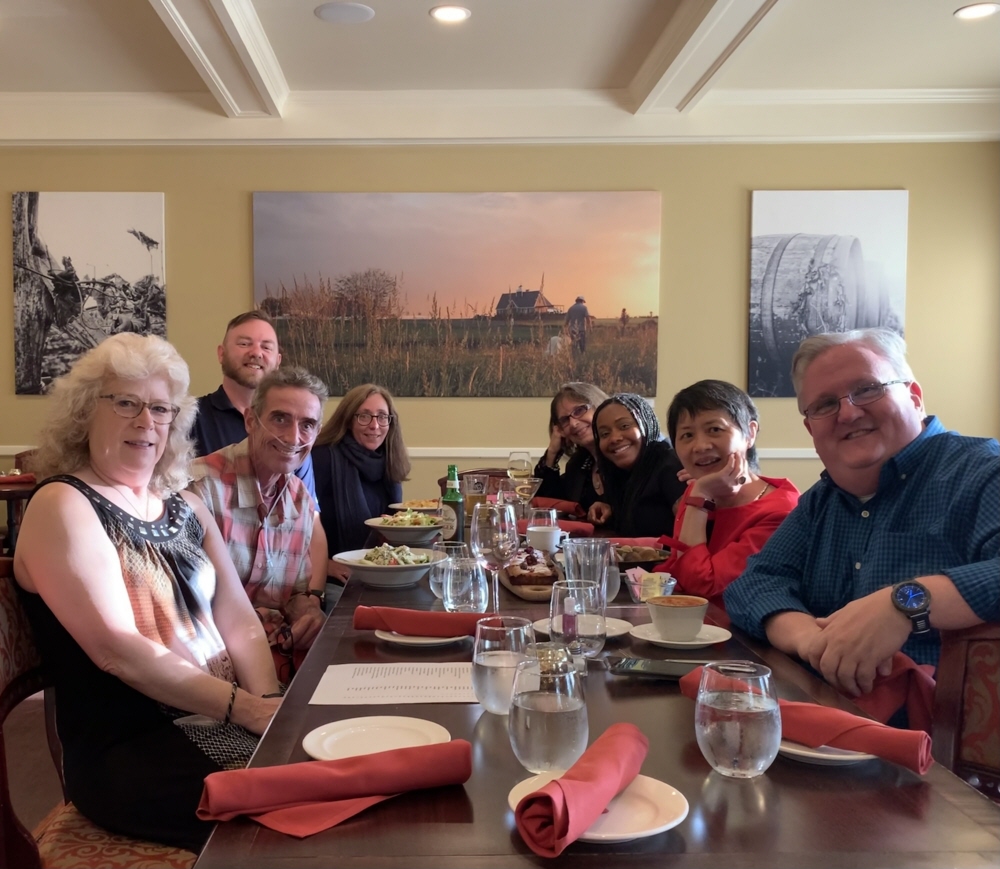 One of the “brightest lights in a world filled with darkness,” as many of his friends and family members have referred to him, Donald Wallace “Wall-E” Leach, III passed away Friday, June 25, 2021 at the age of 56. Following an extended battle with ulcerative colitis that attacked his lungs since its onset in 2013, his health deteriorated more rapidly due to contracting Covid-19 in March of 2020. Over the years, his team of physicians who were the best in each of their fields, endeavored to save him. He was a fighter and never quit working towards a more healthy future. In his final moments, his sister Chris, nephew Jacob (Jake), and his partner Mike, were all able to be with him at his side—they were a witness to the miraculous, coordinated effort and teamwork of over 20 amazing people at the Yale New Haven MICU who worked tirelessly to keep him with us.

Donald was born in Meriden, Connecticut, not long after his parents moved from Colorado where they originally met. The story has been told that “he was made in Colorado but born in Connecticut!” They returned to the area where his father grew up, purchasing a house in Cheshire, eventually moving to the Moon Farm. If you ever had the opportunity to hang out with him, Donald wouldn’t hesitate to take you on a tour through his hometown and tell you all about it! He also lived in Los Angeles for 17 years, was a die-hard fan of the Dodgers baseball team, and referred to Dodger Stadium as “The most magical place on Earth!” Some of his other favorite things were the Pet Shop Boys and Pee Wee Herman but most of all, he loved Curious George. In recent years, he even got over his distaste for dogs when he met Tessy, Mike’s border collie. He fell in love with her—she changed him just as Donald has changed so many of us.

Wherever he went, he brought joy and laughter. His social life was filled with love and memories cherished by all who had the privilege of being a part of his spark. Donald created life-long friendships around the globe. From Cheshire to Los Angeles, Australia and New Zealand to Ireland and France—in every part of the world, Donald would find a way to light up the life of anyone he met. When a friend or family member moved away, Donald was the super glue that never lost its strength. His super power and legacy was his love for all, as well as always finding a way to bring people from all walks of life together. He could be silly and a goof but was always generous and unselfish in all aspects of life. He would do anything for his friends and family—ANYTHING.

Donald is predeceased by his father, Donald Wallace “Walkie” Leach, Jr. and his mother, Joyce Marie Rogers Leach. He is survived by his partner, Mike “Fuzzy” Sanger of New Haven and his two sisters: Christine Leach of Coventry, and Kimberley Leach of Fredericksburg, VA. Additionally, he leaves behind his beloved nieces and nephews: Jason, Christopher, David, Daniel, Adrien, Alexander, Alicia, Niletta, Jacob, and Arielle; Jayda Bettum and the many other great nieces and nephews. His former partner, now lifelong friend of more than 25 years, Jeff Perkins, as well as his extended family, share in our great loss. May he rest in eternal peace.

Burial will be held at In Memoriam Cemetery, 18 Maplewood Ave, Wallingford, CT 06492 on Tuesday, July 6, 2021 at 11:00 a.m. Bring Your Own Umbrella (B-YOU) for shade. Attire will be colorful, casual, comfortable that is seasonally appropriate. Black colored clothing and suits are discouraged. There are no calling hours. The Alderson-Ford Funeral home of Cheshire is assisting with the arrangements.

In lieu of flowers, donations can be made in Donald’s memory to Y2Y New Haven; please remember to check the box to “Dedicate my donation in honor or in memory of someone” and when prompted, please enter “Donald Leach” and then specify “Y2Y New Haven” as the recipient in the comments field. A direct link to their donation page may be found here: bit.ly/Y2YNH_DonationInMemoryofDWL3rd

For online condolences, to share a story, photo or both, please visit www.fordfh.com or if you’re connected with him on Facebook, his profile page will also be memorialized and you may continue to celebrate him there at fb.me/dwlgeorge.
To order memorial trees or send flowers to the family in memory of Donald W. Leach, III, please visit our flower store.