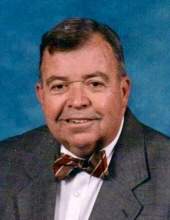 Mr. McPartland was born January 3, 1938, in New Haven, son of the late Dr. Charles E. and Mary Elizabeth (MacDonald) McPartland. He graduated from William H. Hall High School in 1955, Yale College in 1959, and Yale Law School in 1962. Mr. McPartland practiced law with the Waterbury law firm of Secor, Cassidy & McPartland until his retirement in 2002, and thereafter was of counsel to the firm.

Mr. McPartland was a member of the Waterbury and Connecticut Bar Associations. He was a past President of the Kiwanis Club of Cheshire, Connecticut, and a member of Mory’s Association. He also formerly served on the Board of Directors of the Waterbury Club, The Family Service Association of Waterbury, The American Cancer Society, The Mattatuck Council of Boy Scouts of America, The United Way, The Cheshire Nursery School, and the Cheshire Public Health Nurses Association. For many years he had also been the corporate secretary of Hubbard Hill and Century Brass Products.

Mr. McPartland is also survived by his longtime friend and companion Judith B. Modine.

Arrangements – Funeral services will be held on Wednesday, October 20, 2021 at 10:00 A.M. at the First Congregational Church of Cheshire, 111 Church Drive. Burial will follow at Cheshire Hillside Cemetery. There are no calling hours and the Alderson-Ford Funeral Home of Cheshire, 615 S. Main Street, is assisting with arrangements.
To order memorial trees or send flowers to the family in memory of Donald McPartland, please visit our flower store.