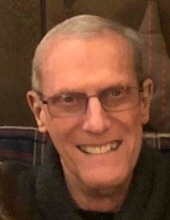 Cheshire - Donald Damiani, 77, passed away on Friday, September 10, 2021, at the Hospital of Central Connecticut New Britain General Campus. He was the husband of Marsha (Cosgrove) Damiani.

Mr. Damiani was born March 9, 1944, in Waterbury, the son of the late William and Lillius (Hurlburt) Damiani. He graduated from the University of New England and furthered his education, obtaining his Graduate Degree from Villanova. He was a longtime Cheshire resident where he was a communicant of St. Bridget of Sweden Parish. Mr. Damiani was the Personnel Director for Lewis Engineering in Naugatuck and was an avid Yankees and Packers fan.

Besides his wife of 54 years, he is survived by his son, Jeffrey Damiani, and his wife, Jennifer, of Ashland, MA; his daughter, Robin Murawski, and her husband, Lee, of Middletown; his brother, Bruce Damiani; his grandchildren, Kyle Murawski of Orono, ME and Teagan Murawski of Middletown. In addition to his parents, he is predeceased by his brother, Gary Damiani.

Arrangements – A Memorial Mass will be held at a later date and there are no calling hours. A private committal will be held in Cheshire Hillside Cemetery. The Alderson-Ford Funeral Home of Cheshire is assisting with arrangements. Memorial contributions may be made to Shriner’s Hospital for Children, 516 Carew St., Springfield, MA 01104-2396.
To order memorial trees or send flowers to the family in memory of Donald Damiani, please visit our flower store.