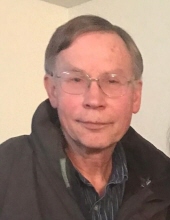 Derf Jonathan Kleist of Gilford, New Hampshire, formerly of Cheshire, Connecticut, died suddenly in his home. He was 66 years old.

Born in Waterbury, CT on July 1, 1953, he was the youngest son of the late Frederick and Adele (Mikenas) Kleist, formerly of Cheshire, Connecticut.

Derf, a 1971 graduate of Cheshire High School, was a Revenue Examiner for the CT Dept, of Labor Field Audit Division for 39 years before retiring in 2017. He also obtained his MBA from the University of New Haven and his Bachelor’s Degree from Central Connecticut State University

Derf was a resident of Cheshire for 63 years before moving to New Hampshire. He enjoyed engaging in many activities including yard work, minor carpentry projects, and home improvement projects. He was proud of his Cheshire home and the fact that he was able to do most of his own construction, electrical and landscaping work. Derf also enjoyed engaging in Town politics and could be seen several times a month attending various Town Council meetings and budget hearings. He was one of the people instrumental in obtaining the Senior Tax Relief program in Cheshire and served on the Senior Tax Relief Committee. Derf was a tireless advocate for people’s rights and was not afraid to be a voice for them. He also was dedicated to ensuring government transparency.

Derf enjoyed spending time with his four children and taking family trips. He was a dedicated loving father who was proud of all four of his children and was always there to lend a hand or a listening ear. He also enjoyed discussing the news and politics with his wife, children and anyone who would listen.

Besides his wife Cynthia of 34 years, he is survived by his four children, Gordon Kleist of Canada; Ross, Cynthia and Bryan Kleist of Connecticut; a brother, David Kleist of Wallingford and his late wife Judith; Lisa Kleist of New York City, three nieces, Sheila (Justin) of New Jersey; Andrea (Andrew) Gregg of Connecticut, and Deirdre Kleist of Illinois; a brother-in-law Paul (Linda) Izzo of Shelton; his mother-in-law Gloria Hoyt of Stratford and her late husband Robert. Derf had many friends in and around the Cheshire area, including his long- time friend Tim and his wife Ruth of Southington.

Due to COVID-19, services will be limited to immediate family and will take place FRIDAY at the Alderson-Ford Funeral Home of Cheshrie, 615 South Main Street. Burial will follow at Hillside Cemetery, Academy Road, Cheshire. A memorial service to remember Derf’s life will take place at a later date.
To order memorial trees or send flowers to the family in memory of Derf Jonathan Kleist, please visit our flower store.