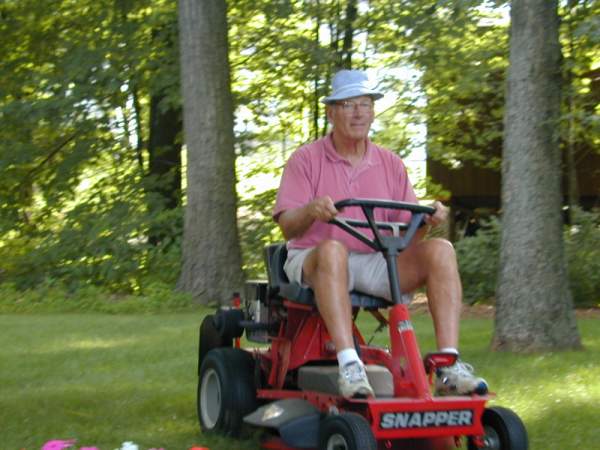 NAUGATUCK - David W. Rogers, 96, of Naugatuck, died peacefully after a brief illness on January 13, 2021, at The Village at East Farms in Waterbury where he had lived for the past year.

Dave was born on July 12, 1924, in Hamburg, New York, son of Donald and Marie (Yahraes) Rogers. At age 7 he moved with his family to Ridgewood, New Jersey. He developed a love of sports and competition early in life, and as a teenager was particularly fond of skiing, basketball, baseball soccer, and all racquet sports. He graduated from Ridgewood High School in 1942, after which he earned a degree in Business from Lehigh University in Bethlehem, Pennsylvania.

Dave interrupted his college years by volunteering to serve his country as a naval officer during WWII, where at age 22 he was charged with commanding a crew of naval sailors. His service included a tour in the Pacific as a lieutenant on a minesweeper.

At age 24 Dave settled in Naugatuck where he lived for 71 years. He worked for Uniroyal’s footwear division as a general foreman for nearly 20 years, after which he spent 17 years as a sole proprietor of three businesses including the Liquor Bazaar in Watertown.

Dave was a devoted family man with an unlimited capacity to give his time and energy to family and friends. His passions included sailboat racing, volleyball, skiing, golf, bridge and landscaping. He was a regular in the Hop Brook couples and men’s golf leagues for many years, and a founding member of the Quassapaug Sailing Center where he was a past Commodore and awarded the Distinguished Sponsor Award in 2015. He was passionate about exercise and spent hours at the Naugatuck YMCA and walked his neighborhood streets daily well into his 90’s.

He was preceded in death by his first wife Ann (Galvin) Rogers of Naugatuck, and brother William Rogers of Colorado.
The family would like to extend special thanks to the staff at the Village at East Farms for their remarkable care and devotion.

Arrangements - Due to the pandemic a graveside service will be held on Wednesday, January 20, 2021, at 11:00 am at St. James Cemetery, Cross Street, Naugatuck. All guests are asked to meet directly at the cemetery. There are no calling hours, and everyone is asked to socially distance and wear a mask. The service will be live-streamed through a Zoom broadcast via Mr. Roger’s Tribute Wall on the funeral home website. A celebration of his life will be held at a future date to be announced. The Alderson-Ford Funeral Home is assisting with arrangements. Memorial contributions may be made to the Naugatuck YMCA, 284 Church Street, Naugatuck, CT, 06770, or the Quassapaug Sailing Center, P0 Box 231, Middlebury, CT 06762.
To order memorial trees or send flowers to the family in memory of David W. Rogers, Sr., please visit our flower store.