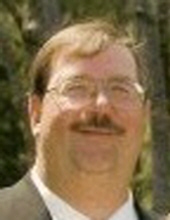 NAUGATUCK - David Knapp, 62, passed away Wednesday, April 1, 2020, at Yale New Haven Hospital. He was the husband of Joyce (Gagnon) Knapp.

David was born October 8, 1957, in Waterbury, the son of the late John J. Knapp Sr. and the late Margaret (Dorn) Knapp. He was a longtime Naugatuck resident where he had worked in the Auto Part Industry for many years.

He was a member of the Beacon Valley Grange #103 and was an Advisor for the Order of DeMolay. He enjoyed hunting and fishing and was an avid NASCAR fan.
Besides his wife of 40 years, David is survived by his son Michael Knapp and his wife Chie; his grandson Jacoby Knapp; his brothers John Knapp Jr., Brian Knapp and his wife Jeanna, Kevin Knapp and his partner Richard Bieu; his sister Joanne (Knapp) Boudreaux and her husband Eddie as well as several nieces and nephews.

Arrangements – Funeral services, burial and visitation will be held at a later date. The Alderson-Ford Funeral Home of Naugatuck is assisting with arrangements. Memorial contributions may be made to the Beacon Valley Grange, PO Box 166, Naugatuck, CT 06770.
To order memorial trees or send flowers to the family in memory of David Knapp, please visit our flower store.