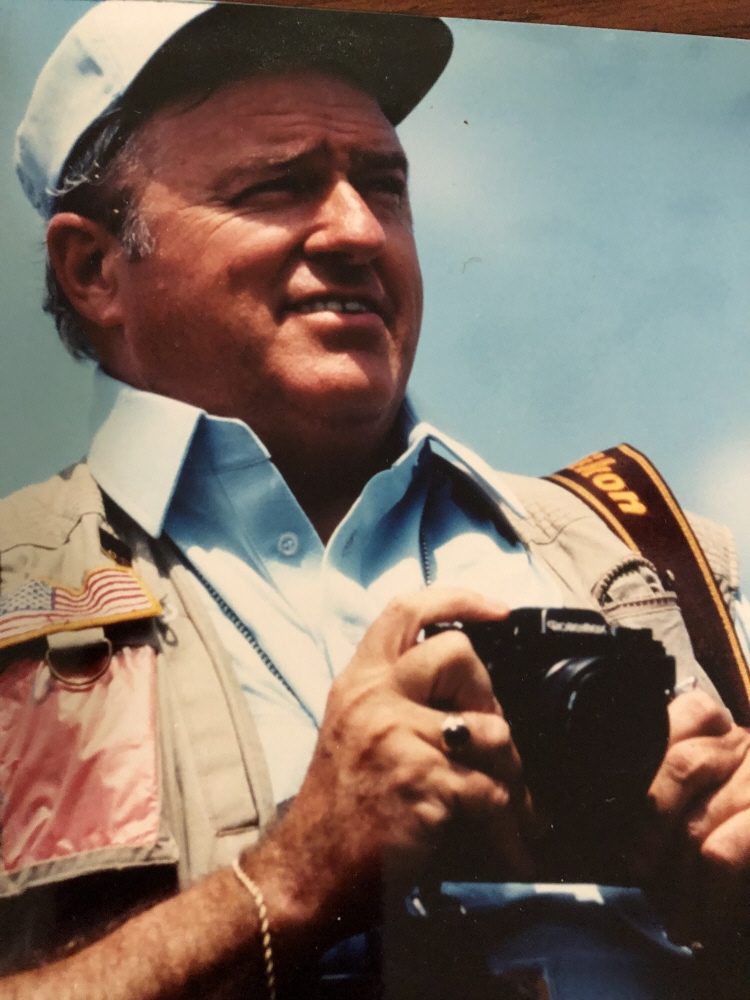 David Francis Austin, age 81, of Cheshire joined his parents, Francis J. and Bernice (Harty) Austin of Watertown in Heaven on Thursday, July 8, 2021. David was born on August 10, 1939 in Waterbury.

David, a consummate professional in Sales and Photography, was a 1957 graduate of Sacred Heart High School, attended Hartford State Tech and Eli Whitney Tech in Hamden. He was a member of the US Army National Guard 43rd Div-102nd Infantry in Waterbury, later transferring to the 76th Division of the MA Army Reserve. His career was in Sales and Sales Management, beginning with 3M Business Products in Hartford and continuing on to All-State Legal Supply of NJ for 20 years, serving in the legal profession. He received several achievement awards in his 45 years. At the same time, an interest in photography propelled him as a free-lance photographer for 10 years and 100+ games with the NY Giants (football). His 50 year career as a professional photographer took him many places, plus 40 years with the Hartford Jazz Orchestra as a photographer of musicians. He LOVED jazz!!While living in Raleigh, NC, he developed “Dave Does It”, a home repair and handyman business for 16 years. In Thomaston, he started the Thomaston Rod & Gun Softball Team with Mize Roman and worked with Skiders Gym Team. He was an active member in the “Chat and Chew” senior men’s group, and was also a member of the Roundtable AAF for Veterans. Dave was an active member of the St. Peter’s Episcopal Church as an usher, greeter and photographer of many church events.

Dave is survived by his brothers, Randall J. Austin of Manitou Springs, CO and Kevin Austin of Westcliffe, CO; his sisters, Ruthann Hughson of Southington and Francine Austin-Bray of New Britain. He is also survived by his daughters, Jacqueline Cahill and her husband, Steven, and Kathy Berg and her husband, Richard, all of Thomaston; his four grandchildren, Austin and Ethan Cahill, and Chelsea and Connor Berg; His very close friends, Rev. Ray, Sam and Dottie, and Edmund. He will be remembered for his humor, wit, Werther’s Original Candies and thank you cards Dave often said, “Be nice to one another.”. Thank you all!

Dave’s Funeral Service will be held on Saturday, July 24, 2021 at 10AM at St. Peter’s Episcopal Church, 59 Main St., Cheshire, CT 06410, with a reception to follow in the church hall. In lieu of flowers, memorial contributions may be made to the St. Peter’s Episcopal Church Legacy Fund, 59 Main Street, Cheshire, CT 06410. The Alderson Ford Funeral Home of Cheshire is assisting his family with the arrangements. To leave online condolences for his family, or to share a story of Dave, please visit www.fordfh.com
To order memorial trees or send flowers to the family in memory of David F. Austin, please visit our flower store.