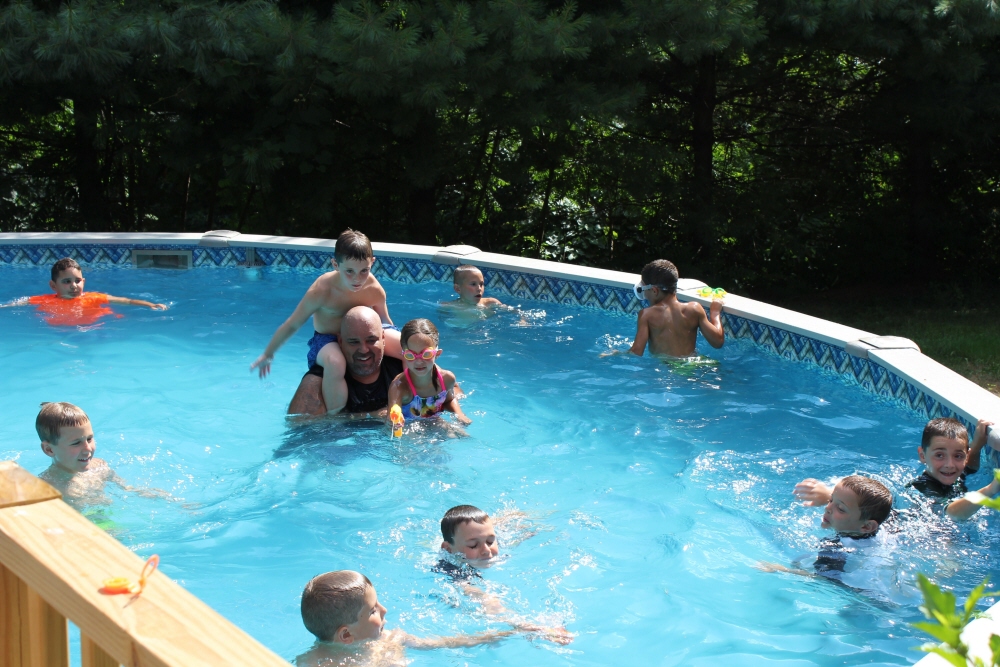 Cory “BIG MURPH” was born October 22, 1976, in Derby, the son of the late Ronald Murphy and Kathleen (Wasik) Sidoti-Mazza. He was a longtime Waterbury resident and attended Albertus Magnus College. He was employed by Sikorsky Aircraft for more than 20 years, a Hydraulic Technician and member of the Teamsters Local 1150. Cory enjoyed the Sikorsky bowling league, was active with Special Olympics and spent many hours volunteering at the Robert A. Cole Baseball League in Beacon Falls as an assistant coach and in the “Sugar Shack”, cooking for all the teams and families. He loved to give extra French fries to all the kids. Cory was an avid NY Giants and NY Yankees fan. Go Big Blue!

Cory’s world was his family and children. Garage time, watching NASCAR, playing pool, daddy daughter dances, little league baseball games, football, basketball, hours at the beach building sandcastles and swimming, going to all the latest movies, building forts; being the best dad he can be, and he was. Cory could make anyone laugh and smile. He wore his heart on his sleeve and would give his own shirt off his back for anyone.

Besides his mother “best friend” Kathleen, Cory is survived by his beloved children Cory M. Murphy Jr. and Sophia Lynn Murphy both of Beacon Falls; the mother of his children Jennie Dorosh (Ray Scott) of Beacon Falls; his brother David Sidoti Jr. and his wife Kimberly of Terryville; his Uncle Daniel Wasik and his wife Mary of Naugatuck; his cousins Daniel Jr. and Jennifer Rossi (Steven Rossi); his nieces Rebecca and Samantha; his nephew David III; the grandmother of his children Patricia Reilly of Oxford, as well as a host of extended family members. In addition to his father, Cory is predeceased by his step-father John “Jack” Mazza.

Arrangements – Funeral services will be held privately at the Alderson-Ford Funeral Home of Waterbury, 496 Chase Ave. Memorial contributions may be made to the Robert A. Cole Baseball League, 223 Burton Road, Beacon Falls, CT 06403.
To order memorial trees or send flowers to the family in memory of Cory “BIG MURPH” Murphy, please visit our flower store.