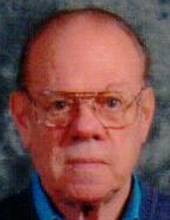 CHESHIRE- Clarence Charles Pittenger, 81, passed away Wednesday, June 12, 2019 in the VITAS Inpatient Hospice Unit of St. Mary’s Hospital surrounded by his loving family. He was predeceased by Clarita Josephine (Byrne) Pittenger whom he was married to for 59 years.
Mr. Pittenger was born March 28, 1938 in LaCrosse, WI son of the late Lorell and Irene (Shafto) Pittenger.

He was an Electrical Engineer at Brookhaven National Laboratory prior to his retirement. One thing Clarence took pride in was spending time with his family and friends whom he adored.

Mr. Pittenger is survived by his children Karl and his wife Kathy Pittenger of Stockon, NJ, Sara and her husband Donald Michaud of Cheshire; a brother Jack and his wife Jane Pittenger of CA; eight grandchildren Tim, Jake, Shawn, Johnathan, Connor, Tucker, Austin, and Madison, a step granddaughter Melissa; three nieces Tammy, Debbie, and Julie; nephew Todd, Kenny and brother in law Butch Byrne. He was predeceased by his son Andrew Pittenger.

Arrangement- Clarence’s funeral will be held 11 A.M, Saturday, July 20, 2019 at St. Peter’s Episcopal Church, 59 Main St., Cheshire, 06410. Family and friends are asked to meet directly at church. Interment will follow in the church garden, and there are no calling hours. The Alderson-Ford Funeral Home of Cheshire, 615 South Main St, 06410 is assisting the family with the arrangements. Donations in Mr. Pittenger’s name can be made to American Cancer Society, P.O. Box 22478, Oklahoma City, OK 73123.
To order memorial trees or send flowers to the family in memory of Clarence Charles Pittenger, please visit our flower store.