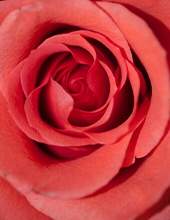 Hamden, CT - Charlotte Morley, 86, formerly of Cheshire and Bluffton, SC, passed away on September 21, 2020, at Whitney Manor in Hamden. She was the wife of the late John "Jack" Morley.
Mrs. Morley was born on June 15, 1934, in Blackstone, MA, the daughter of the late Peter and Irene (Boylan) Maloney. She was a longtime resident of Cheshire, where she and Jack raised their six children. As a member of Copper Valley and The Farms Country Club, she enjoyed playing tennis and golf. Charlotte was a wonderful hostess and she and Jack enjoyed close friendships lasting decades. Charlotte’s beauty, poise and welcoming smile made a lasting impression on all who met her. Her children can attest to the special relationship each one of them enjoyed their entire lives with their mother. She will be remembered by all her family for her incredible strength, her frank words, her sense of humor, her infectious and hearty laugh, and the great example she set as a mother, grandmother, friend, and neighbor.
Charlotte suffered for decades from rheumatoid arthritis, which she endured with her characteristic grace and dignity. She is survived by her children: Charlene Krig and her husband Erik of South Yarmouth, MA; Peter Morley and his wife Shelley of Weare, NH; Brenda Gerlitz and her husband Paul of Roswell, GA; Nancy Morley of Unionville; and Steven Morley and his partner Marie Normandy of Cheshire. She was predeceased by her son Chris Morley of Cataumet, MA. She was affectionately called “Mim” by her grandchildren Ryan, Hannah, Bradley, Jack, Wyatt, Sara, Patrick, Kayla, Claire, Katelyn, Jack, and Erin, as well as her great-grandsons Carson and Colton.
A memorial service will be held at a future date in 2021. The Alderson-Ford Funeral Home of Cheshire is assisting with arrangements.
To order memorial trees or send flowers to the family in memory of Charlotte Morley, please visit our flower store.