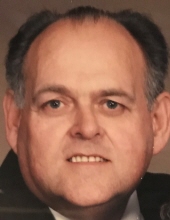 Mr. Brush was born July 27, 1938, in Waterbury, the son of the late William G. and Anna V. (Taft) Brush. He was a lifetime Naugatuck resident where he was a member of the Beacon Valley Grange #103 for 50 years as well as a member of the Shepard- Salem Lodge No. 78. A.F. & A.M. He retired as a Machinist at Bristol Babcock, a volunteer on the Naugatuck Ambulance and Naugatuck Volunteer Fire Department and a member of St. Michael’s Episcopal Church.

Besides his wife of 61 years, Mr. Brush is survived by his sons Charles H. Brush Jr. and his wife Kathleen of Southbury and Robert Brush and his wife Susan of Waterbury; his twin daughters Caroline O’Bar and her husband Clyde of Middlebury and Kimberly Tompkins and her husband James of Prospect; his brother William G. Brush Jr. and his wife Ellen of Southington; his sister Barbara Kirk of Naugatuck; his nine grandchildren and two great grandchildren; and several nieces and nephews.

Arrangements – Visitation will be held on Thursday, January 23, 2020 at the Alderson-Ford Funeral Home of Naugatuck, 201 Meadow St., from 5 to 8 pm. Mr. Brush’s funeral procession will leave the funeral home on Friday morning at 9:30 and proceed to St. Michael’s Episcopal Church for a service at 10 am. Committal services will follow in Grove Cemetery. Memorial contributions may be made to Shepherd-Salem #78 Masonic Lodge or a Charity of Choice in his name.
To order memorial trees or send flowers to the family in memory of Charles H. Brush, please visit our flower store.