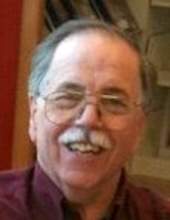 CHESHIRE- Reverend Charles A. Smith, 82, passed away peacefully at his home in Cheshire on Thursday, January 20, 2022. He was the husband of Catherine (Homer) Smith.

Reverend Smith was born January 12, 1940, in Richmond, Virginia., son of the late Charles W. and Helen (Frothingham) Smith of Hopewell, Virginia. A graduate of Washington and Lee University in Lexington, Virginia, he was a United States Army Ranger during the Vietnam era, retiring from the Active Reserves with the rank of Captain. After teaching secondary school English, Reverend Smith earned his master’s degree at the University of Maine and taught English at Western Illinois University in Macomb. Reverend Smith and his family joined the “Back to the Land” movement of the late 1960s and 70s, becoming a successful homesteader in Cooper, Maine for seven years before earning his MDiv degree at Bangor Theological Seminary. After serving as an ordained minister at churches in Weymouth, Massachusetts, Spring Grove, Pennsylvania, and Wallingford, Connecticut, Reverend Smith retired to preach as a fill-in minister for several churches near his home.

In addition to his wife of 57 years, Reverend Smith is survived by his son Jeffrey (Natasha) of Concord, Massachusetts, his son Matthew (Allison) of Wenham, Massachusetts, and his daughter, Laura, of Granite City, Illinois. He is also survived by his sister, Anne Edwards (George), of Peoria, Arizona. He leaves behind six grandchildren: Theo, Gabe, Clay, Webb, Hannah, and Caleb, and two nephews, Geona and Joe.

Reverend Smith was a man of profound faith. He was an appreciative and devoted husband, father, brother, uncle, and friend who loved reading, teaching, and preaching. He will be remembered for his unique perspective, his quick sense of humor, and his consistently principled way of life. He served others without reserve, and he was much loved by his family and friends.

Arrangements: A memorial service for Reverend Smith will be held in the spring, at a date to be announced. Burial will be in the State Veterans Cemetery in Middletown. There are no calling hours. The Alderson Funeral Home of Cheshire is assisting with arrangements. Memorial contributions, in his name, may be made to Faith Bible Church, PO Box 72, 68 Unionville Avenue, Plainville, CT 06062. For online condolences or to share a photo or a story, please visit www.fordfh.com.
To order memorial trees or send flowers to the family in memory of Charles A. Smith, please visit our flower store.